‘Baaji’ will bridge the divide between new-age and classical Pakistani cinema: Saqib Malik 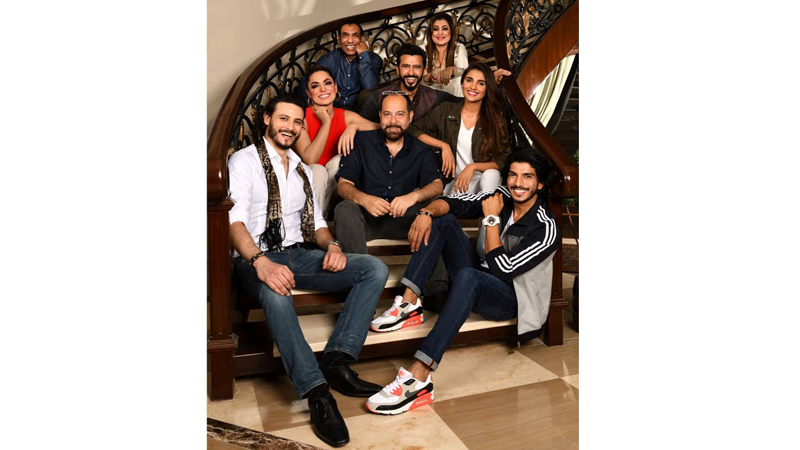 Seasoned music-video director and ad-filmmaker, Saqib Malik has been a part of the industry for over two decades now. His work echoes innovation and taste, however, it wasn’t until this year that Malik went on-floors for his first full-length feature film, peculiarly titled Baaji. Comprising of an intriguing star cast, including the likes of Meera and Amna Ilyas in titular roles, alongside Osman Khalid Butt, Mohsin Abbas Haider, Ali Kazmi, Nisho and Nayyar Ejaz, the film has just recently wound up shooting and has entered its post-production phase. Speaking with Daily Times, Saqib reveals it all.

“Nothing prepares you for the challenge of making a film, particularly if one is directing, producing and co-writing it. As Baaji is a highly personal film and one that’s straight from the heart, I also could not make any compromises,” Malik began of his experience shooting the film. “It was like diving into the deep end and not coming out for a breath till one reached the shore. Now that the principal photography of the film is done, I feel exhilarated. There were a lot of learnings, but I am glad I stayed true to my vision. Baaji is a film with a lot of shades and personality, full of oomph and drama.”

Promising to deliver high voltage glamour and intense drama, in the form of music numbers and a fashion-show sequence as well from what we’ve heard, the film is seemingly along the lines of classic Hollywood and the Golden era of Pakistani cinema in the 60’s and 70’s

The film which primarily narrates the journey of a fading superstar, to be essayed by Meera, and another rising starlet, taken on by Amna Ilyas, albeit in the backdrop of the dwindling Lollywood and the emerging of new-age Pakistani cinema. Promising to deliver high voltage glamour and intense drama, in the form of music numbers and a fashion-show sequence as well from what we’ve heard, the film is seemingly along the lines of classic Hollywood and the Golden era of Pakistani cinema in the 60’s and 70’s.

“When developing Baaji with writer Irfan Ahmed Urfi, we wanted to make a film that was different than what was being currently produced. We also wanted to make a film that is highly rooted in our own cultural and emotional landscape, something that is commercial in its appeal, yet emotionally raw and powerful,” Malik dissects of what the film truly has to offer. “Baaji tackles many themes ranging from the class divide to ambition, from growing old to daring to dream. The film has very strong roles for its two female protagonists, but the men are equally bewitching.”

Furthering his thoughts, he added, “The film has a lot of shades and yet it’s stark and stares you in your face, much like the work of my favorite directors like Billy Wilder and Pedro Almodovar. But at its heart, Baaji is a completely Pakistani film that pays homage to the kind of story-oriented cinema we used to have. I think every Pakistani will find something to relate to, to smile with and to cry for in the film. Thus I think Baaji will hopefully bridge the divide between what is known as new-age Pakistani cinema and our classical school of films.”

However, one wonders what took Saqib this long to delve into the world of cinema. Having directed musical tracks for Reema’s Love Main Ghum and Humayun Saeed’s Main Hoon Shahid Afridi, the Khamaaj-famed director has had his fair share of exposure to the silver screen. In fact, he had announced his very own feature, thriller, Ajnabi Shehar Main in 2005 with a stellar star-cast of Shaan, Ali Zafar, Tooba Siddiqui and Samina Peerzada. Nonetheless, he feels that the “false starts, pitfalls and disappointments were part of a larger design” that took him to the path of Baaji.

“I had announced Ajnabi Shehar Main even before the whole ‘revival’ thing started, pre-Khuda Kay Liye days. I was all set to shoot and then my producer backed out at the last minute. Those were tough times as a lot of love and effort had gone into the development of that film. But all was not lost as there are shades of that story in Baaji as well,” he recollected, talking about the now-shelved project. “Besides, I made a wonderful friend in the form of Sarmad Khoosat during that process, as he wrote the film. Ultimately it took me this long to make a film only because I wanted to make a film I really believed in and Baaji is the one.”

On a parting note, what can the audiences expect from a film like Baaji, which is in equal parts real as it is larger-than-life? “Cine-goers can expect a rich emotional journey full of music, emotion and excitement,” Malik concludes. “Watching a good film is like being mesmerized and being transported to another world, being a part of other lives and even being another life for the duration of the film. I hope audiences come out of Baaji like they have just had emotionally riveting dream; they should feel it in their gut.”