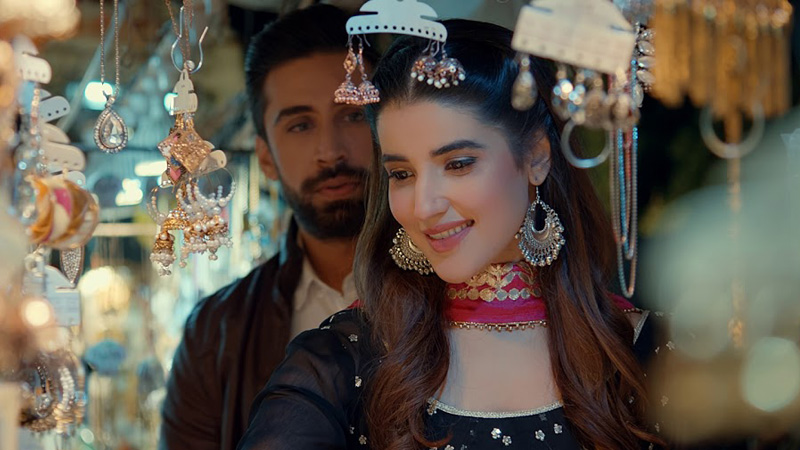 Director Azfar Jafri’s ‘Heer Maan Ja’ is indeed an underdog against the other two Eidul Azha releases – Asim Raza’s ‘Parey Hut Love’ and Ehtishamuddin’s ‘Superstar’ – both of which have been touted to be larger-than-life, cinematic experiences.

‘Heer Maan Ja’ on the other hand, plays it safe in its narrative and its plot twists. It is a story that one’s heard before and with characters that one’s encountered, and thus, it’s the comfort in familiarity that really makes it a heart-warming watch.

Revolving around the life of a career-driven architect, Kabir and his former beau Heer and how the two cross paths again when the latter decides to elope on her wedding night, leaving the ever-so misogynistic and entitled Wajdaan. The story of a runaway bride being followed by a bunch of goons is again an idea that’s nothing out-of-the-ordinary, yet HMJ’s take on it takes you on a rollercoaster ride of well-structured action sequences, intense emotions, music, comedy and of course, a few plot loopholes here and there. Penned by Owais Korai Baloch, the first half of the film progresses at a snail’s pace, doing little to nothing for the advancement of the story. It spends so much time in establishing and developing its characters that most of the drama is left onto the second half and it becomes so very clustered for the director to come to a close eventually that, despite having a decent running time, seems abrupt; which, more than having the screenplay or direction at fault, one could perhaps blame choppy editing for not having a coherent flow to each scene.

Nonetheless, the characters are indeed, well written and one sees each of them evolve as individuals with an evident arch. Ali’s Kabeer albeit being a conventional professional matures emotionally, and though it isn’t Khan’s best performance, he does do justice to what he’s given. Ali’s on-screen best-friend, Jerry played by Mojiz Hasan is endearing and hilarious; he’s one actor to look out for. Faizan as Wajdaan is terrific. The actor who had earlier worked with the team in a much smaller part in Parchi brings life into the antagonist’s role. Though uni-dimensional in his pursuit, Shaikh’s portrayal of a rich brat is believable, nuanced and dark.

One must, however, point out that the colour grading in scenes featuring Wajdaan didn’t do much to create the intensity of his harsh wrongdoings. The art direction was amiss in terms of framing, locations and backgrounds that are brighter and more colourful than required in scenes that are downright disturbing, considering the makers very sensitively shed light upon the taboo subjects of the position of women in Pakistani households and honour killing. 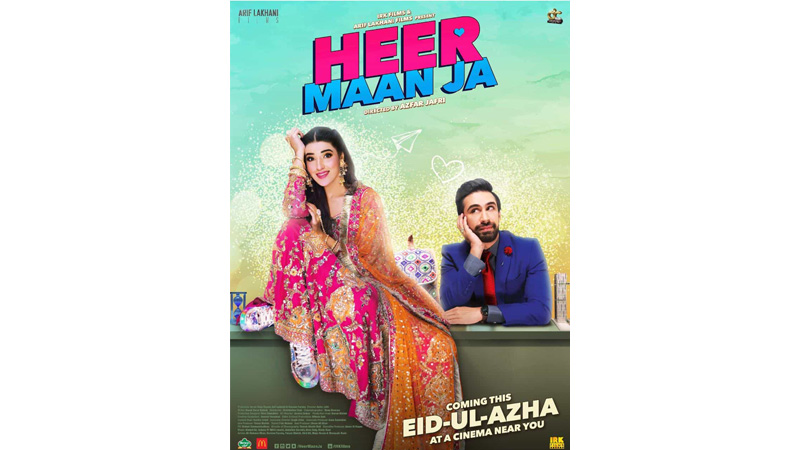 Co-producer and the female lead of the movie, Hareem Farooq is in top-form. One has only seen her hone her craft with each performance. From a troubled divorcee in Dobara Phir Se to a gangster in Parchi, to now essaying a quirky Heer with underlying context of being a captive at the hands of her cousin and living with her grief of losing a parent, Farooq has time and again proved her versatility as an artiste. She looks stunning on-screen, styled by Faiz Rohani in very traditional, vibrant attires, has impeccable comic timing and gives you chills with her dramatic acting. In all honesty, one can overlook all the film’s flaws owing to her acting chops.

What’s also noteworthy about the film is that every actor shares a comfortable, relatable camaraderie with one another on-screen. This marks the fifth project Hareem and Ali have worked on together (in different capacities, since Hareem co-produced Janaan) and it shows, the two look great together and the romantic sequences seem most authentic. Hareem also shares some of HMJ’s most touching scenes with veteran Abid Ali, who plays her father. Ali and Mojiz, too, seem to share great affinity and one could connect to their equation in real life as well.

HMJ also comprises of a number of celebrity cameo appearances including yesteryear film-star, Zara Sheikh, though she doesn’t bring much screen-presence to the dance number ‘Addi Maar’ that she’s featured in, which is pity since I was personally looking forward to her comeback of sorts. One can also spot Mikaal Zulfiqar, Ali Kazmi and Shaz Khan in comedic parts, however, its Aamina Sheikh’s Saba – in a complete badass avatar of a smalltime offender who really owns the screen in every scene that she appears in. Sheikh has to be one of the highlights of the film.

In terms of production quality, the film seems to be unsure of what it wants to be; unlike the banner, IRK Films’ previous offerings – Janaan, set in the lush green northern region, representing the pashtoon communities of Pakistan, and Parchi, set in a grim, grungy fiction city of criminals and lawbreakers. The feel and aesthetic of both their precious movies set up the mood for the entire film for the viewer, with HMJ, the team attempts at juggling a number of genres inculcated together to bring forth a seemingly commercial feature, but unfortunately, it remains half-baked. It jumps from being a comedy to a tragedy, and not very smoothly at that.

There’s nothing very distinctively appealing about HMJ, it’s loud and cheerful even in portions it shouldn’t be and sets a tone for forced exuberance. The redeeming factors do, clearly, outweigh the shortcomings. The performances keep one at the edge of the seat as to what might happen next. Despite being somewhat predictable, you still enjoy the journey of these characters and how they come of age. The background score and soundtrack are all nicely embedded in the film, complimenting the narrative; Abdullah Qureshi’s ‘Chan Mahi’ is a beautiful ballad that stays on with the cine-goer much after the film ends. In all honesty, it’s the technical aspects that need working for ‘Heer Maan Ja’; all in all, it does provide wholesome entertainment for laymen looking for escapism this Eid. It’s a light-hearted, fun watch that holds true to the promise of it being a ‘paisa-vasool’ flick.

The writer is a freelance journalist. He can be reached at ahmedsarymsajeel@hotmail.com