Just the opportunity of making a film was enough for me to start the conversation: Kamal Khan

* Starring Mansha Pasha as the protagonist, alongside Ahmed Ali and Ali Kazmi, 'Laal Kabootar' holds great promise in terms of its treatment and anecdote, set in the bleak streets of Karachi 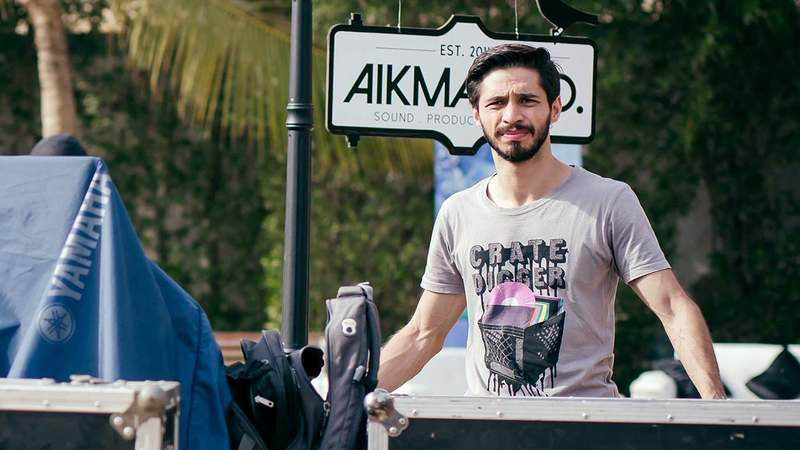 2019 seems like a busy year at the movies, film fraternity moguls are returning and taking up their slots (read Eids), whilst younger and edgier filmmakers are also emerging and a diversity of genres is now foreseen. One such film is the crime-thriller, peculiarly titled ‘Laal Kabootar’. Helmed under the banner of debutant producers Kamil and Hania Chima’s Nehr Ghar Productions, gifted music-video director Kamal Khan turns to the director’s chair, for his very first feature endeavor.

“Kamil and Hania had an idea they approached me with, and it all kind of evolved from there. It’s very different from where it started, but it’s their baby, they’ve given birth to it,” Khan told the Daily Times. “I’ve wanted to make a film ever since I got back from college, it’s very difficult in Pakistan, especially for someone like me, when these guys wanted to make a film and got in touch, and just the opportunity of making a film was enough for me to start the conversation. And they were great; open to doing something fresh and different, that was what we both wanted.”

Starring Mansha Pasha as the protagonist, a headstrong woman, alongside Ahmed Ali and Ali Kazmi, ‘Laal Kabootar’ holds great promise in terms of its treatment and anecdote, set in the bleak streets of Karachi, revolving around the crime-scene in the City of Lights. Kamal, who’s previously worked on Coke Studio’s visual team for six seasons with then-producer, Rohail Hayat, turned to music-videos not too long ago only to be able to get back to storytelling, bagging the Lux Style Award, and did wonders with Zoe Viccaji, his better half’s ‘Ho Jao Azaad’. One wonders what the shift to the silver screen was like,

“It was very different, it’s a very humbling process to recreate life, emotion, characters, and it’s the most difficult. I guess this is what I studied, this is what I’ve always wanted to do, but I did music-videos and a short film with Shameen Obaid-Chinoy’s festival that she had done,” the ‘Desert Journey’-director shared. “So I did a couple of things to revisit narrative before I went into feature. And there have been so many learnings from ‘Laal Kabootar;’ I’m actually excited to work on another film, so I could apply all of it there.”

Daily Times also got a hold of Kamal’s lead for the movie, Mansha Pasha, who has proven her mettle on the small-screen and made her film foray with ‘Chalay Thay Saath’ in 2017. All praises for Khan, she considers him to be the director for and of the new generation.

“Kamal is amazing, I was genuinely impressed by his working method aside from his interpretation of cinema and storytelling style,” Pasha observed. He would know the names of every person on set, from the spot boy to the camera assistants, personally would bring a glass of water for me if I was in the middle of a training exercise that he was overseeing, and he thought I needed it. I never heard him scream but I also never thought he didn’t care. He cared about every shot; every move the actor made and would go through everything painstakingly.”

Having wound up the film last year only, the post-production is currently underway and the makers are expecting to come out this spring, in March. Of shooting, Kamal deems ‘Laal Kabootar’ as “one of the best experiences of my work-life,” revealing that he had to wanted to go the extra mile for the film, despite grueling hours on-set, and fondly speaks of the cast and crew, with whom we discover, he shared great professional camaraderie with.

Having grown up on legendary Hollywood filmmaker, Alfred Hitchcock’s brand of cinema, introduced to Khan by his mother, he personally prefers crime-dramas, mystery and suspense-thrillers. He’s also a fan of Korean crime-thrillers and modern-day Western bigwigs, Quentin Tarantino and Martin Scorsese, however; it was Anurag Kashyap’s ‘Ugly’ and ‘Gangs of Wasseypur’ that moved Kamal to experiment with underbelly, dark cinema in this region. Nonetheless, what does he expect, commercially, from an unconventional offering?

“In Pakistan, if a film is good, people will watch it. I think ‘Cake’ broke that perception, so I hope if the film holds its own, word-of-mouth and the internet are tools that increase potential. It’s not a ‘typical commercial film’, but then it opens up the conversation of what is a commercial film? We definitely have drama, action, original songs, and so I wouldn’t box it. I do understand what festival and box-office films are, and this is definitely the latter,” Khan concluded, keeping his fingers crossed.