* Director Asim Raza says this one would be a light feature 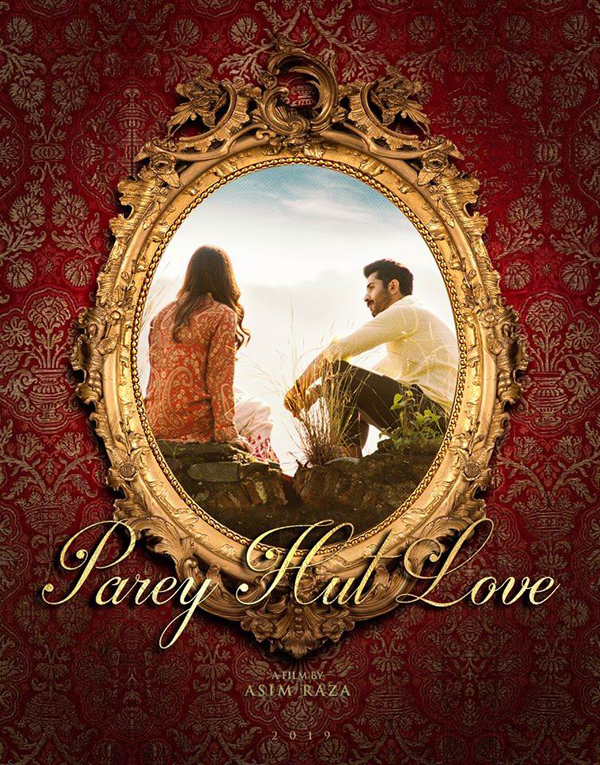 Seasoned advertisement and filmmaker as well as music video director Asim Raza made his foray onto the silver screen with the acclaimed musical ‘Ho Mann Jahaan’ in 2016. Known for his dapper and voguish treatment and direction, after taking a hiatus for over two years now, Asim Raza is set to return to cinema with yet another contemporary, coming-of-age film titled ‘Parey Hut Love’, penned by Imran Aslam, albeit focusing more on romance and comedy this time around, narrating the journey of a commitment-phobic man’s expedition of finding true love.

“Coming-of-age, of all the stories I will ever tell, would be part of because I feel we all evolve until we die. I am coming-of-age and everyone around me is. It’s a beautiful process and so it’s something I not only want be a witness of and vouch by it as well,” Raza says. “Having said that, ‘Parey Hut Love’ is not just that, it’s a love story too and since Imran Aslam’s written it, it obviously has to be a comedy of errors and I’m just extremely lucky to have a story like this to work with.”

Whilst we know there’s something that’s constant about Raza’s movies, with ‘Parey Hut Love’, he promises a lighter feature.

‘When Ho Mann Jahaan came out, I was overwhelmed with how well people had responded to it, but there was also a portion of the audiences asking for something a little more light-hearted. So I said to myself, why not?’

“When ‘Ho Mann Jahaan’ came out, I was overwhelmed with how well people had responded to it, but there was also a portion of the audiences asking for something a little more light-hearted,” he recalled. “And I said to myself, why not? I will make another ‘Ho Mann Jahaan’, which is intense, but I would also want to tell more stories that cater to more people. And I also felt like the lovely, sweet, romance had just disappeared as the last romance I remember was ‘Chooriyaan’!”

Starring Maya Ali and Sheheryar Munawar in titular roles, this would also mark Raza’s second endeavour with the latter as his male lead. Munawar, who’s also spearheading the project under the banner of Vision Factory Films, solely dedicated to helming feature films as compared to commercial adverts. There’s more to the casting than just picking favourites, in subtext, the ‘Saat Din Mohabbat In’ actor is indeed was the first choice for the hero, however, that has more to do with the fact that cinema is to be kept afloat and thus, Raza’s chosen the closest shoulder to hang onto.

“Sheheryar and I together found the Vision Factory Films and agreed upon having him as the executive producer on that show. I give him all credit for putting together ‘Parey Hut Love’ for me, because I get really busy with advertising films, so I never have the time to do that myself,” Raza observed. “Unfortunately, in Pakistan an independent producer has to do everything himself, there are no companies doing that for you. Now, in Pakistan, films are a cottage industry, where I make whatever I can with my family and not worry about who gets what, we’re doing it for the passion of it and that’s why Sheheryar, he is family to me. And to be honest, as a producer, he chose me as a director, I didn’t choose him,” he chuckled.

Having been associated with filmmaking ever since cinema has found its own grounds after a turbulent few decades, one wonders how Raza views the landscape now, after having had a release and shot another feature as well, which is set to battle at the box office with Shaan Shahid’s ‘Zarrar’, Humayun Saeed’s ‘Love You Jatta’ as well as Hareem Farooq’s ‘Heer Maan Ja’. 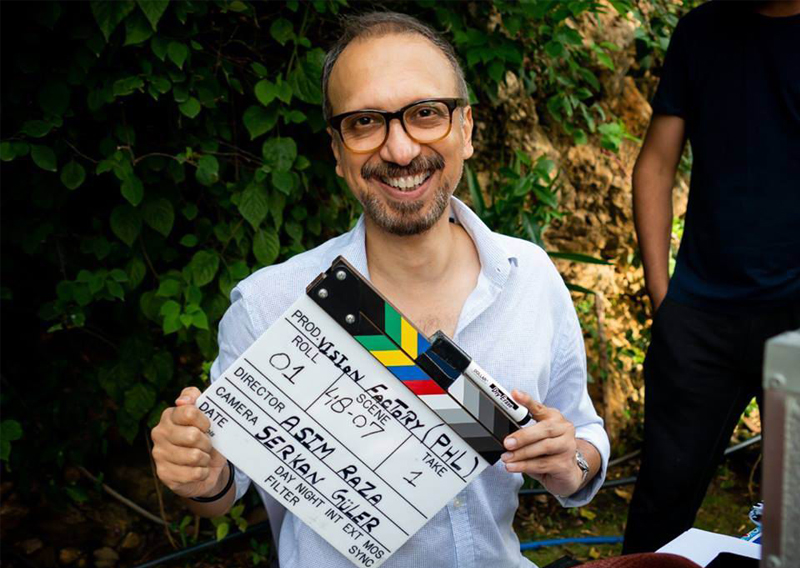 “Film landscape hasn’t evolved, if anything, it has moved on and I don’t know if it’s moving in the right direction,” he responded of the current atmosphere.

“When we started making films again, the beauty of cinema was such that everyone who came in took it up as a passion project and told stories that were close to their hearts and hence, there was a flavour novel to every single film that released,” he continued. “Now, I feel somehow there’s this peer pressure by investors of bringing everyone into the platform of one formula, hence there’s no more substance, core, soul and there’s just business. There’s a rat-race if bringing in numbers, even if it means you cut others too and it’s too early to design a project to kill somebody else’s. I speak from personal experience and it’s just sad how vicious it’s become.”

Currently in its post-production phase, the film is set to release on Eidul Azha this year and will feature an ensemble star cast with Ahmad Ali Butt and Zara Noor Abbas in supporting characters, whilst industry bigwigs like Mahira Khan, Fawad Khan, Cybil Chowdhry, Frieha Altaf, Sonya Jehan and Jimmy Khan amongst others will be seen in guest appearances. The soundtrack composed by Azaan Sami Khan will also feature an interesting mix of vocalists including Hadiqa Kiani. According to Raza, the audiences should expect nothing but a happy, positive movie from a stellar team that will hopefully be both entertaining and meaningful.

The writer can be reached at ahmedsarymsajeel@hotmail.com