‘JPNA 2’ has an Indo-Pak element in it: Kubra Khan 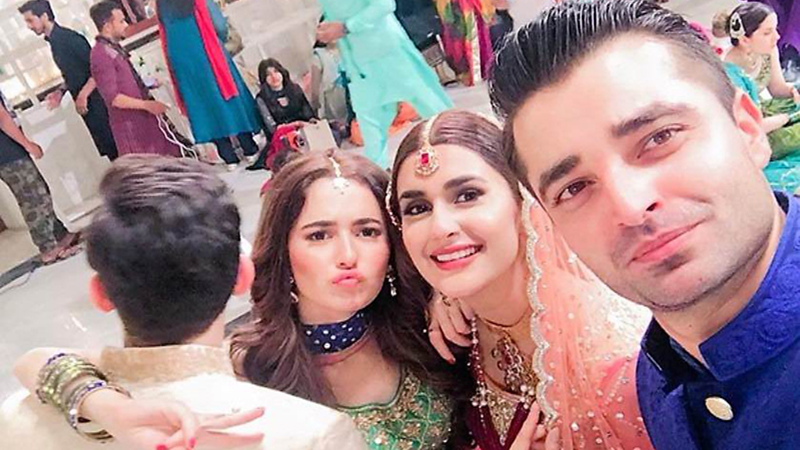 British-Pakistani model-turned-actress, Kubra Khan made her foray into acting with Na Maloom Afraad (NMA) in 2014 and returned to the local scene after a two-year sabbatical with drama serial Sang-e-Mar-Mar, and there’s certainly been no looking back. Khan has starred in one groundbreaking drama serial after the other, including the likes of Muqabil, which dealt with child abuse and Alif Allah Aur Insaan that highlighted a number of social taboos such as transgender rights and prostitution.

Having already begun shooting for her next big TV assignment, Alif alongside Hamza Abbasi, Sajal Aly and Ahsan Khan, for now, Kubra is all geared up for her return to the silver screen. Starring in two of the Eid-ul-Azha releases, the all-star sequel to Jawani Phir Nahi Ani with the likes of Humayun Saeed, Fahad Mustafa and Mawra Hocane, Khan will also be seen in the Air Force-movie Parwaaz Hai Junoon. Days before the two make their way to the cinemas; Daily Times catches up with the vivacious artiste on what it means to be on the celluloid and female characterisation.

Jawani Phir Nahi Ani 2 (JPNA 2), your first movie as the female lead, is being made by the most successful filmmakers of the country; does that put a lot of pressure on your shoulders?

There is; I think the pressure is equivalent to everybody on the cast and production because they’ve (the makers) set examples, with the highest and second highest grossing films (to their credit). It’s this very production house that has broken all the records and now that the third one’s coming out, there’s definitely a lot of pressure. Especially me being opposite Humayun Saeed, he is literally the king of romance in our industry and one of the biggest stars we have, it’s a huge deal and honestly, a blessing. I’m just so nervous (laughs).

It also took you about four-years to return to the big screen. What made you take the hiatus?

When I was doing NMA, I had no acting experience at all, or even being part of this era, per say. For me, when I did that, I didn’t know how to act or which camera to look into, I used to shiver, I remember. Even with my first serial, Sang-e-Mar-Mar, I had to hold a peacock feather in my first scene and I kept shaking my hand (laughs). I wasn’t really into it at that point, but now it’s so much bigger and so much more that I see, which comes along with acting, like influencing people, that I’ve fallen in love with it. Everything I’ve done after a certain point onwards has been like a passion project; at least most of them have (laughs).

This Eid, another movie of yours, Parwaaz Hai Junoon (PHJ) comes out as well. Which of the two is closer to you?

I signed PHJ before JPNA 2, and I’m going to be honest, PHJ is not my movie. I own it because I’ve worked in it and I had a lot of fun doing it, but I’m doing a special appearance in it. It doesn’t mean it’s any less close to my heart because I’ve put in the same amount of effort and passion in it, we bonded beautifully and we worked in the same way we worked on JPNA 2. To be a part of two out of three huge movies on Eid is a big deal, I feel like Fahad Mustafa (laughs).

In times where increasing female participation is being spoken of, do you feel Pakistan is inching towards equality in showbiz?

When I first came back to Pakistan, I didn’t realise how much it had evolved. Now we have strong women like Sana Shahnawaz and Momina Duraid running production houses and they’re making an effort to take women empowerment a lot bigger than it was. In media, whether we admit it or not, we have a responsibility, where we do influence the community around us. Whatever we show on TV, will eventually show in society, and where we have dramas where a girl’s crying, but now we have dramas where a woman’s saying that she won’t stand for this and a movie where a girl’s going to the Air Force (PHJ). 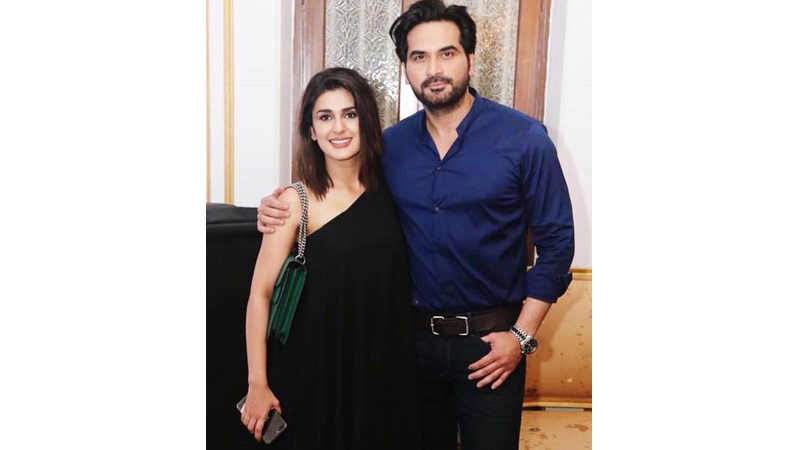 I think the media has the most influence, of course there’s politics and the Islamic industry, I’m sorry, but I’m going to call it that, which try to impose views, but with this, I wouldn’t say brainwashing, but when something becomes a norm, when you see it over and over again, it becomes normal. And now that women aren’t always shown as becharis, generally women in Pakistan are growing stronger than they ever were. And I hope we continue that, where we don’t have to step ahead of the guys, but at least stand next to them.

Do you feel a film like JPNA 2 contributes to that?

Well JPNA 2 doesn’t have that, but it does have another message in it; there’s an Indo-Pak element in it. Yes, we’re not addressing child abuse or anything like that, but we are talking about friendship and JPNA 2 influences on that level. Yes, it’s a comedy and I think for me, it’s not always about giving a message, sometimes; it’s just about lightening somebody’s mood. In the times we live in, when there are problems going on in everyone’s lives, the biggest thing you can do is just put a smile on somebody’s face.