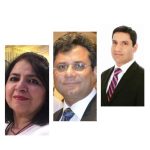 The Financial Action Task Force (FATF), as an inter-governmental and international watchdog body, is playing an important role to protect our financial system from those who intend to pollute it. The organization works with an objective to identify the jurisdictions which pose higher risk to the global financial system and work with them to strengthen […] 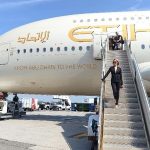 UAE’s Etihad Airways has extended its flight suspension from India, Pakistan and Bangladesh till July 31. Gulf media reported that the UAE national carrier has informed its users on social media about the extension in flight suspension by the authorities due to the COVID-19 pandemic. “At the moment, the suspension to travel from Pakistan is […] 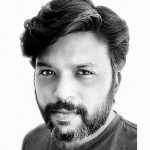 A Pulitzer Prize-winning photographer with the Reuters news agency was killed Friday covering fighting between Afghan security forces and the Taliban near a border crossing with Pakistan, the media outlet reported, citing an army commander. Afghan forces were fighting to retake Spin Boldak when Siddiqui and the senior officer were killed in Taliban crossfire, the […] 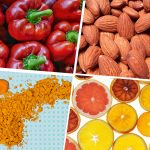 A balanced diet comprises food items from five food groups (vegetables, fruits, grains, dairy and protein) that are known to deliver all necessary nutrients that an individual requires. A balanced diet not only helps in maintaining health but it also helps to lower the risk of diseases. Dietary guidelines around the world explain that all […] 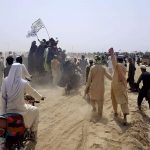 Pakistan border security on Thursday used tear gas to disperse hundreds of people who tried to breakthrough a border crossing leading to Afghan territory, right after the day Taliban seized control of the Afghan side of the frontier, officials stated. “This morning a mob of some 400 unruly commuters tried to cross the gate forcefully. They threw stones, […] 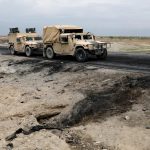 The Taliban have discovered three billion Pakistani rupees from checkposts which had been  snatched from Afghan security forces near the Pakistan-Afghan border crossing. According to an Afghan Taliban statement, about $3 billion in Pakistani currency was discovered at the checkpoints of Afghan forces in Kandahar’s Spin Boldak area, which was evacuated by Afghan security forces. […] 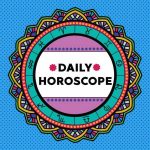 Life is beautiful. The ups and down add energy to experiences and motivation to follow the drives. See here’s what the Thursday zodiacs bring for you. Good day! Here we go: Aries (March 21-April 20) Thursday brings perfect vibes to sort out unresolved fixes. Mind your relationship with your spouse. Travelling long distances is likely […] 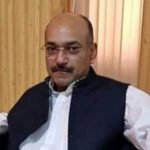 ISLAMABAD: An investigation into the assets of Punjab senior bureaucrat Barrister Nabeel Awan on the complaint of a businessman was filed and opened by the National Accountability Bureau (NAB). The senior bureaucrat of Punjab, Mr Awan, according to sources, came under NAB’s radar following a complaint lodged by a businessman who deas with marriage banquet halls in Lahore. According […]

It was reported on Tuesday that Usman Mirza and his other accomplices have received over Rs1.1 million from the couple after filming them for two and a half hours and assaulting them. Details of the case were shared by a government lawyer representing the couple in the Islamabad torture case at a session court as […]

As per a report, the Special Assistant to the Prime Minister (SAPM) on Power and Petroleum Tabish Gauhar and two ministers who are part of the Cabinet Committee on Energy (CCOE) have developed a serious conflict. According to top officials and one of the members of the CCOE, Gauhar has complained to the prime minister […]