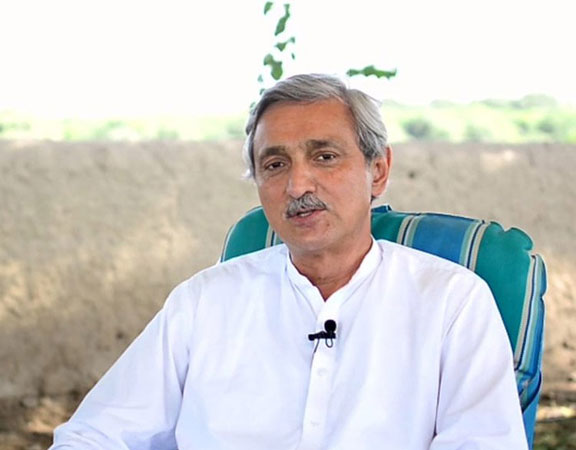 Ever since various cases against PTI leader Jahangir Tareen came to light and he was brought before the court, the PTI in Lodhran district has been divided and troubled. The latest group is clear, with PTI Lodhran general secretary Rana Arsalan and two constituencies MPA’s Zawar Hussain Warraich and Nazir Baloch.

The Insaf group includes former Lodhran PTI president Dr Sher Awan, MNA Mian Shafiq Araein and some junior officials. In all these scenarios, the third faction which belongs to NA-160, is silent.

Since last February, Mian Shafiq Arain has been angry with the local administration of the Tareen group and has also resigned from the public secretariat set up by Tareen.  Talking to the media last week, he said that there was no personal quarrel with Jahangir Tareen and the party ticket on which he had not sought to contest the election was just handed over.

“I did not go to Jahangir Tareen for the ticket and he and Shah Mehmood Qureshi were my elder brothers.  Came home and I was given a ticket. If Jahangir Tareen and his son, who was disqualified by the court, did not contest the election, then why are they opposing me?  He resigned from the MNA seat in February and said that he could not move forward in the face of those who were not accepted by the Prime Minister and then withdrew his resignation on the instructions of Imran Khan and Shah Mehmood Qureshi.  Funds were given to me on the instructions of the Prime Minister. Jahangir Tareen is Imran Khan’s soldier; I am also Imran Khan’s soldier, I will abide by the party’s decision in the next election. Should I give posts to outsiders? I was not taken into confidence in any of the transfers made by various officers.  The first thing I did was sit in the PTI office and listen to the problems of the people. When I realized that they wanted to make me a dummy MNA, we did all the work and I immediately separated myself.”

He added, “To this day, Jahangir Tareen has not asked why I left his office. When he was disqualified from the court, I called him to express my regret. His secretary did not even bother to talk. After being elected, people started coming to my house for my office work.  Why did Izzat Javed and Pir Hassan Mehmood Shah Tareen leave the group when I sent them to these managers?  He rendered invaluable services to the party but when he saw that we were being treated unfairly and we were being confined to managers, he parted ways. MNAs, MPAs would call me if I had to meet Jahangir Tareen, what would I say to him now that I am limited to managers?”

In this situation, PTI workers also look divided and PTI may face difficulties in the upcoming elections, not only in NA-161 but also in the entire district as the Shaheed Kanju group in the district is headed by Abdul Rehman Kanju, divisional president of PML-N.

The Shaheed Kanju Group has also proved its mettle as an independent one and has also achieved success on the N-League ticket.  Unlike the PTI, there is no manager between the leaders of the Shaheed Kanju group and the people. Abdul Rehman Kanju knows how to play politics at the local level. He can increase his vote bank in the next elections. Because Abdul Rehman Kanju is first in NA-160, he has personally made his bank vote so much that there is less need to campaign.  It remains the same and in every election, he is seen campaigning more for his candidates than for his constituency.

Similarly, the Shaheed Kanju Group is ahead at the MPA level in NA-160. In PP-224 and PP-228, the group will have to work hard as there were some internal errors in these two constituencies and in NA-161 in the last election.  Therefore, in the next election, Abdul Rehman Kanju will have to choose the candidates from these constituencies carefully and find a solution to their personal ego. The votes of the PTI candidates will be divided and the vote bank will be reduced.  As voters seem to be divided based on personal opinion and ideology, it may benefit the opponents.

Will those around Jahangir Tareen and those accompanying the court be able to restore the vote bank?

Some of the politicians who are coming to court with Jahangir Tareen are from Lodhran district who do not have any personal vote bank but they do manage to keep their seats close to Jahangir Tareen which is why there is a lack of opportunity for local leaders to sit together and is a loss of votes at the local level.

What was the performance of Jahangir Tareen and PTI in the last elections?

Jahangir Tareen made every effort to take his place in the district and used all resources.  Some people also consider the use of Tareen’s NGO Lodhran Pilot Project as political and view its activities in Lodhran on political grounds.  And to some extent, it did but all these resources did not change the result and local political guru Abdul Rehman Kanju, despite lack of resources, fought hard and won one MNA and three MPA seats.

However, despite a full-fledged media campaign and a personal campaign, Tareen Group managed to win only one MNA and two MPA seats.  Local analysts believe that these seats also belong to the Tareen group because of the personal ego of Siddique Khan Baloch and Ahmad Khan Baloch. This idea is also considered to be true to a large extent because in the same constituency, Shaheed Kanju is the son of the Tareen group.

Ali Tareen has been defeated by Pir Iqbal Shah who had won by a huge margin. The three winning candidates were brought to PTI, including Zawar Waraich, Nazir Khan Baloch and Mian Shafiq Arain.

Earlier, the Abdul Rehman Kanjo panel also carried out a clean sweep and kept its fort strong and kept bringing the best candidates in the field but whatever the candidate may be, victory has largely depended on Abdul Rehman Kanju’s campaign as he is from an old political family. His father, former Foreign Minister Shaheed Siddique Khan Kanju, had a strong vote bank and stature in politics.  Kath can be gauged from his achievements.

Shaheed Siddique Khan Kanjo has played a role in giving district status to Lodhran, which is called Tehsil of Multan.  Khan Kanju is an excellent public relations expert.

In Lodhran, personal vote and personal politics are more prevalent but in the last election, the vote bank of PTI was also very visible and the voter of PML-N also improved.  The people here want direct access to their representatives and that is why the parties do not have much importance.  Once upon a time, the PPP also had a vote bank, but due to the lack of interest of the party leadership, Mirza Nasir Baig, the last hope, it could not be sustained and thus is nowhere to be seen except for a few ideological votes.

Considering the previous local body situation, the Shaheed Kanju group won 80 to 90 percent of the seats and the rest of the seats went to the Azad group Akhtar Kanju.

Akhtar Kanjo’s political entry also started from him due to his close relationship with Abdul Rehman Kanjo and without him almost failed and his opponents also entered the field but failed.

What will be the future political scenario in Lodhran?

Until the case of Jahangir Tareen is decided, an accurate assessment of Lodhran’s politics is not possible and if the sword of lawsuits remains on his head, analysts will call it a loss to the PTI but the good news is that the growing interest and political activities since a few youths for the next elections can give a tough time to the old political candidates in the elections, including Siddique Khan Baloch’s sons Umair Khan Baloch and Rana Arsalan Khan, Ali Khan Tareen.

Similarly, a young Shah Mohammad Joya has made his entry into politics as an MPA from the panel of Shaheed Kanju Group.