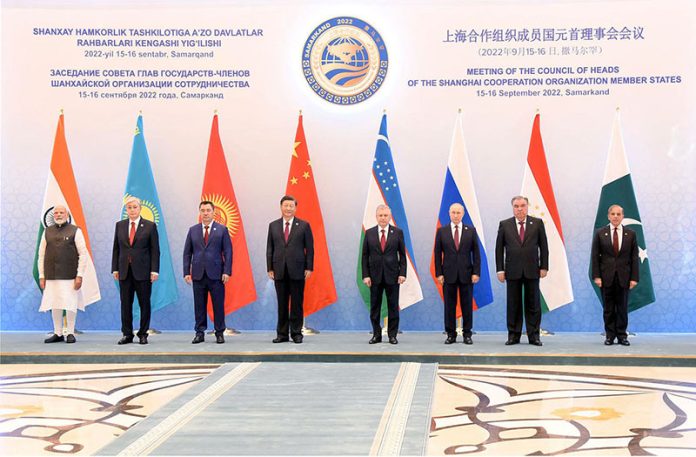 Prime Minister Muhammad Shehbaz Sharif’s statement at the Shanghai Cooperation Organization Summit conveyed Pakistan’s vision for the strategic direction of SCO in the face of global political and economic transformation.

“Pakistan’s commitment to the principles and purposes of SCO Charter and to the ‘Shanghai Spirit’ as a core value of SCO was also reaffirmed,” the Foreign Office Spokesperson said in a press release on Saturday.

Prime Minister Muhammad Shehbaz Sharif led the Pakistan delegation to the Meeting of the Council of Heads of State of Shanghai Cooperation Organization held in Samarkand on 15-16 September.

The annual council meeting is the highest forum in SCO where all the strategic decisions regarding the future direction of the Organization are taken.

All eight heads of state/government of SCO member states attended the Summit meeting in person.

“Participation in the Samarkand SCO Summit provided a significant opportunity to present Pakistan’s viewpoint on important national, regional and global issues. The Prime Minister’s comprehensive engagements with world leaders gathered in Samarkand served to further strengthen our bilateral relations with these countries,” the spokesperson added. 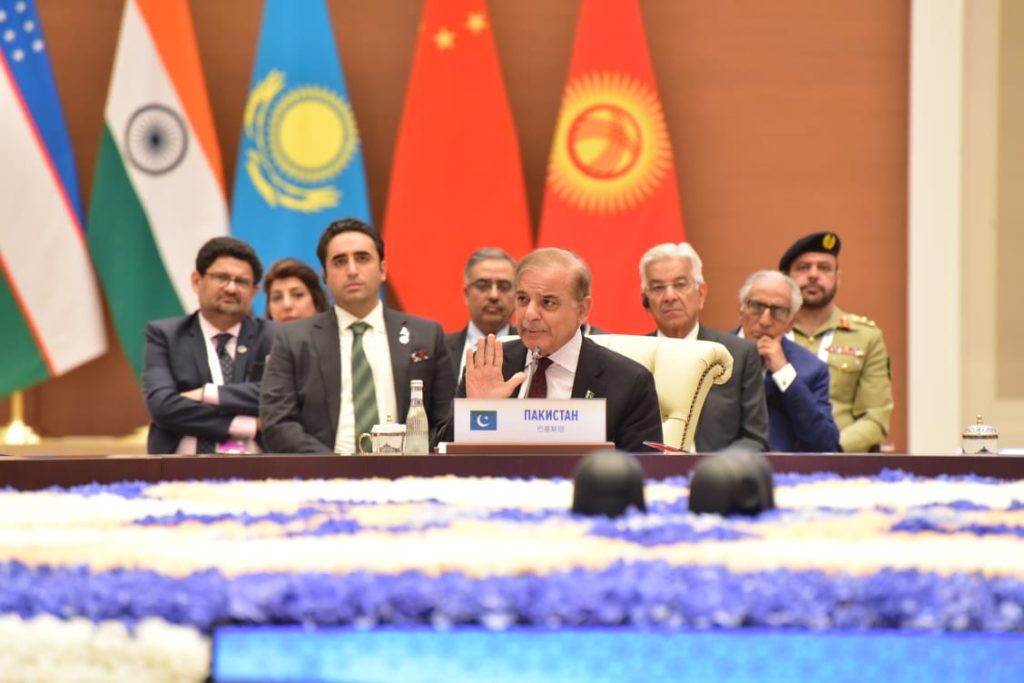 In his statement at SCO, the prime minister presented a compelling case for collective action by SCO countries to combat the ravages of climate change.

He shared details of the human tragedy and the massive devastation caused by the climate calamity that struck Pakistan.

The prime minister expressed deep appreciation for the support proffered by SCO leaders for relief and assistance to the people affected by the floods.

The SCO leaders expressed their support and solidarity with Pakistan at this critical time.

The president of Uzbekistan on behalf of the Council of Heads of State of SCO appealed to the international community to support Pakistan in overcoming the devastating consequences of the floods.

On the situation in Afghanistan, the prime minister underlined that after 40 years of conflict, there was a real possibility to establish sustainable peace in that country.

He called for a new compact between Afghanistan and the international community and the need for constructive engagement with the Afghan interim authorities.

The prime minister also stressed the importance of inclusivity, respect for human rights of all Afghans including women, and effective counterterrorism action.

In my speech at CHS-SCO today in Samarkand, I asked member countries to renew their search for regional solutions to problems that threaten to undermine our shared peace & development. Building a wall against climate change is one such imperative that we ignore at our own peril.

He underscored Pakistan’s active role in maintaining regional peace and security, and in counter-terrorism through the SCO-RATS platform.

He highlighted Pakistan’s contribution toward global counter-terrorism and the immense sacrifices and economic losses incurred over the last decades.

On the sidelines of the SCO Summit, the prime minister held a number of meetings with leaders including the Presidents of China, Russia, Uzbekistan, Kazakhstan, Kyrgyzstan, Tajikistan, Iran, Azerbaijan, Belarus and Turkiye.

SCO Leaders also approved new initiatives including: The comprehensive Action Plan for 2023-2027 on the implementation of the provisions of the Treaty on Long-Term Good-Neighborliness, Friendship and Cooperation; Concept for Cooperation of the SCO Member States in Developing Connectivity and Creating Efficient Economic and Transport Corridors; Regulations on the Honorary Title “Goodwill Ambassador of the Shanghai Cooperation Organization; Roadmap for Gradual Increase in the Share of National Currencies in Mutual Settlements of the SCO Member States.

SCO Heads of State and Government agreed on further expansion of SCO and approved the request of Belarus for full membership status as well as requests by Bahrain, UAE, Kuwait, Maldives and Myanmar as new Dialogue Partners.