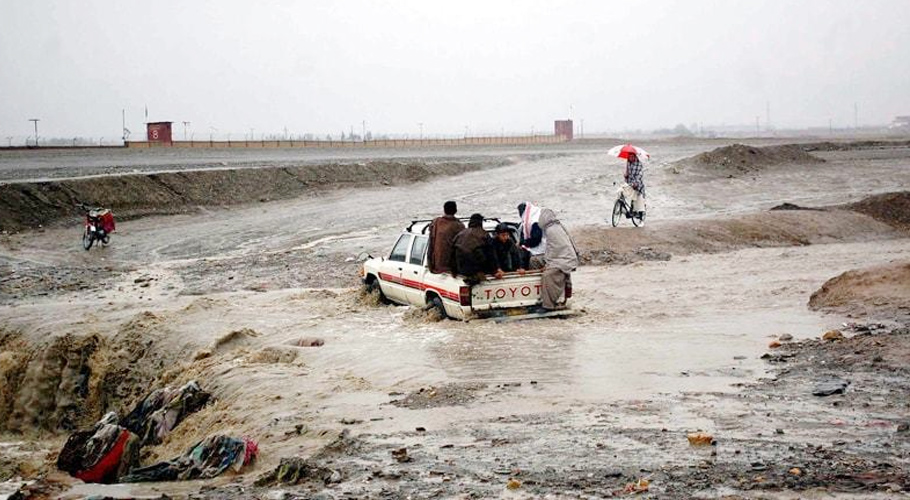 ISLAMABAD: All road and railway network connecting Balochistan to the rest of Pakistan has been disconnected due to recent floods and heavy rainfall in most parts of the country.

According to the media reports, almost all the highways and railways connecting Balochistan with Sindh, Punjab, and Khyber Pakhtunkhwa remain disconnected as floods wreak havoc in the province.

Heavy rainfall continued to ravage Musakhail, Lasbela, Nasirabad, Qila Abdullah, Qila Saifullah,  Pishin, and Zhob over the last two days, and the situation in these districts is yet to improve.

Officials stated that hundreds of mudhouses were damaged in Dera Bugti, Kohlu, Muslim Bagh, Musakhail, Qila Saifullah, and other areas.

The Quetta to Karachi Highway connection remains suspended for the last one week due to heavy floods caused by recent rainfall.  The flow of traffic, on fort ‘Manro’ at Dera Ghazi Khan, which connects Punjab with Balochistan, remains suspended.

The road network connecting Balochistan with KP was blocked due to soil and land erosion in the mountains of Drazanda, Sherani district. The provincial government, meanwhile, has asked people to stay in homes for their safety and evacuate those areas which may come under the flood.

In Quetta, Balochistan Chief Minister Mir Abdul Quddus Bizenjo chaired a provincial cabinet meeting on Tuesday. On the occasion, the provincial ministers announced a donation of their one-month salary to support the flood-stricken people.