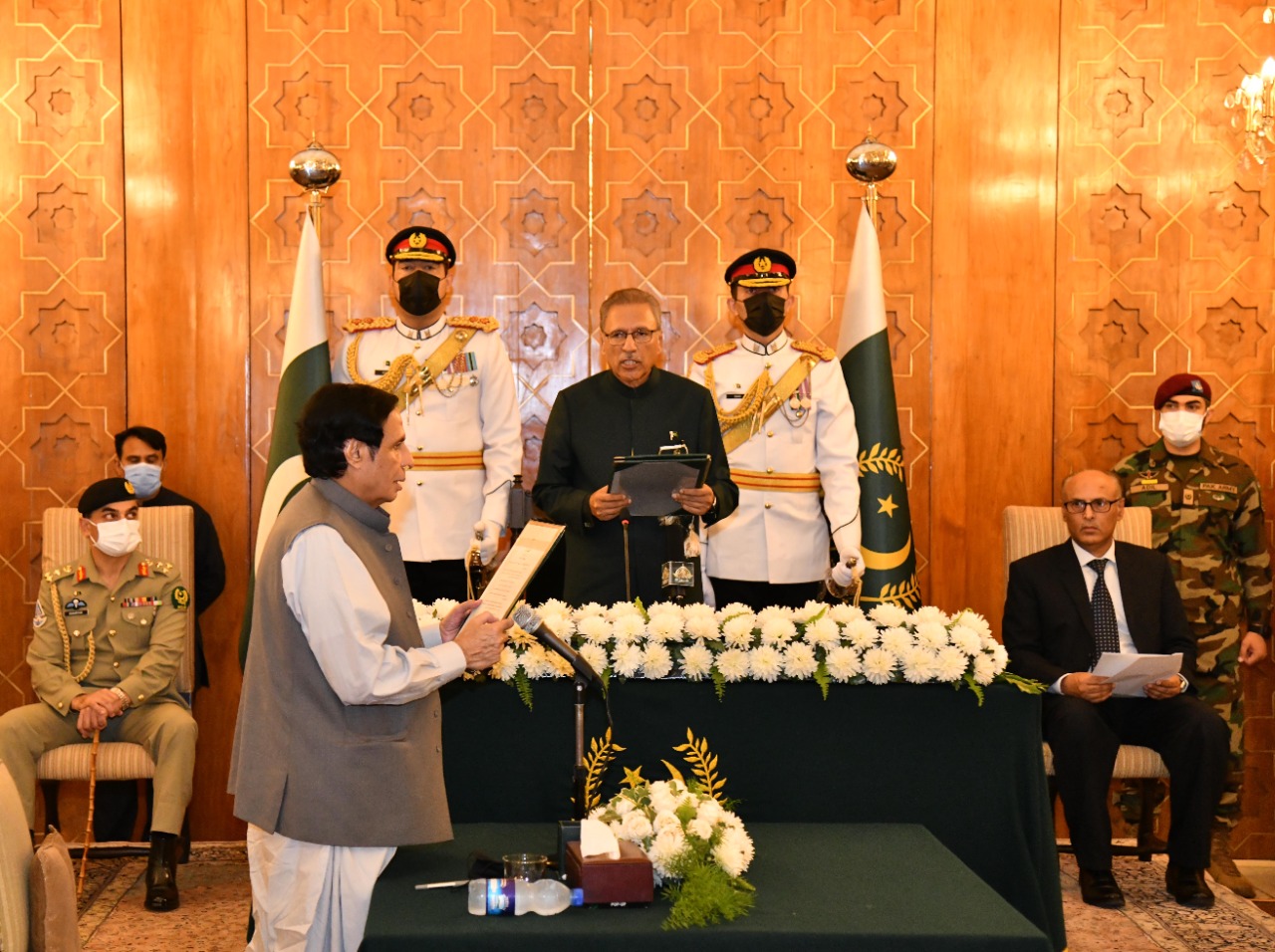 The Punjab Governor Baligh ur Rehman was initially instructed by the three-member SC bench, to administer the oath to Elahi but he refused to comply. As a result, President Arif Alvi administered the oath.

Elahi left for Islamabad late Tuesday night to take the oath from President Alvi in accordance with the Supreme Court’s directive after Governor Punjab refused.

The ceremony was attended by the senior leadership of PML (Q) and PTI, and members of the civil society in large numbers.

Earlier, the Supreme Court, in an 11-page short order, said: “We find that the understanding and implementation of the said short judgment as well as the provisions of Article 63A(1)(b) of the Constitution by the Deputy Speaker, Provincial Assembly of Punjab, Lahore (Respondent No.1) was patently incorrect and erroneous and cannot be sustained.”

The top court also declared appointments made by Hamza Shahbaz and the oath administered to the Punjab cabinet “null and void”.

The Supreme Court proceedings were carried out for three days — Saturday, Monday, and Tuesday — as lawyers from all the parties presented their arguments.