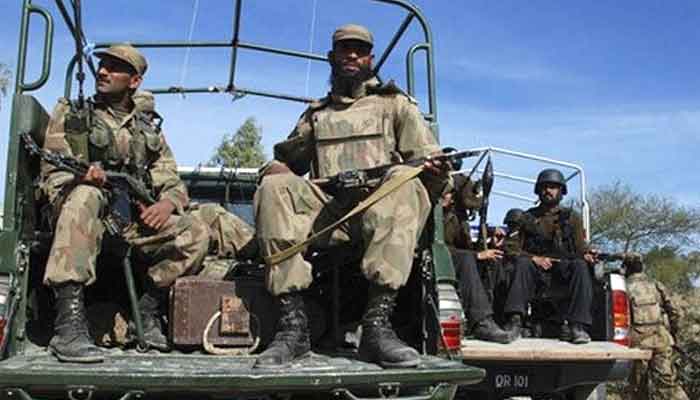 RAWALPINDI: The Security Forces on Saturday killed six terrorists in intense exchange of fire during an operation conducted to apprehend them in general area Hoshab of District Kech.

Security Forces on July 29, on information regarding movement of a terrorist group on motorcycles towards Panjgur from Kech, an operation was conducted by the forces in general area Hoshab of Kech District, an Inter-Services Public Relations (ISPR) news release said.

A large cache of arms and ammunition was also recovered by the killed terrorists. During the engagement with terrorists Havaldar Hidayat Ullah belonging to Lakki Marwat embraced shahadat (martyrdom) while Naik Mir Muhammad belonging to Waziristan got injured.