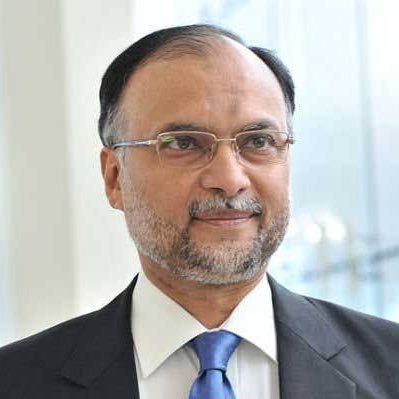 ISLAMABAD: PMLN Secretary General Ahsan Iqbal has said that the rigged AJK Elections and the disputed Sialkot bypoll has proven PMLNs stance that the current government is non-representative and is doing everything in its power to ensure that true representatives of the people are prevented from being elected.

In a statement Ahsan said, this government was a product of pressure, blackmail, threat and bullying and had nothing to do with democratic values and democracy. He said these elections had sent a message to the entire would that there was a theatre being run in Pakistan in the name of democracy where Imran is the leading actor in this drama.

He said that with every passing day PMLN’s narrative 9f respect for vote is getting stronger. Unless the will of the people wouldn’t be respected in Pakistan, the country would continue to be run by puppet governments which would keep being dragged back in the abyss of the past.

The former Interior Minister said PMLN would continue is struggle for the supremacy of peoples rule as enshrined in the principles of true democracy. He said now the people of Pakistan had also realised that tge solution to all of their problems was the return of a true civilian rule and acceptance of the supremacy of the Parliament.

He said the media personnel portraying these elections as a victory of this government’s brilliant performance, should be reminded of the economic disaster, corruption, nepotism, looting, political victimisation, lies and U turns, hate mongering, load-shedding, inflation, unemployment and poverty that had shit through the roof. This, he said was their only revolution and achievement.

Ahsan thanked all PMLN leaders, members, workers and supporters who stood by the party under extremely testing circumstances and said their commitment to democracy was PMLN’S pride. He rejected all notions of a split in PMLN ranks and said those who think so were living in fools paradise. He said the media’s propaganda gang manufacturers such rumours which will die their own miserable death.

The PMLN Secretary General said the time isn’t far when fresh elections will be held in tge country and PMLNs message of progress, development, and prosperity will succeed across the country. The way PMLN workers stood strong in these fascist times is was a ray of hope. The democratic people and parties of Pakistan will block all channels of rigging, and elections engineering in tge next General elections, he said.

This awareness would become the force of change and the eventual victory of the people of Pakistan. Every single worker of PMLN believes with all their heart that they stand on the right side of history, Ahsan concluded.