PTI’s govt has been taking Rs 15bn loan a day for the past 23 months: Dastagir 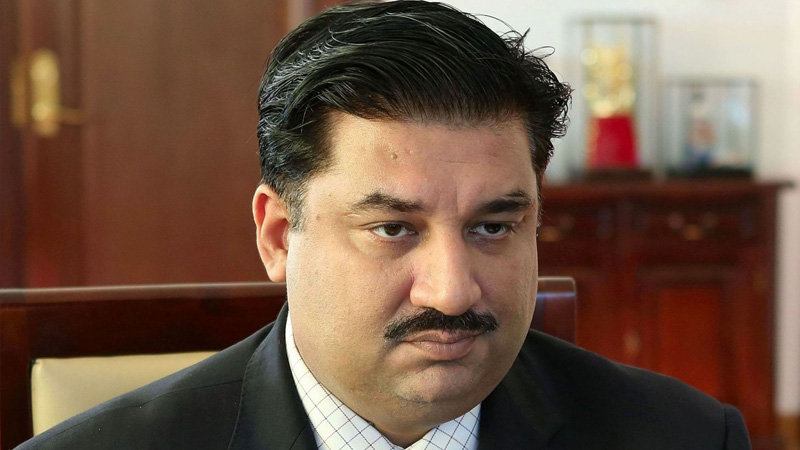 He claimed that PML-N took the loan for developmental purposes including generation of 12000 MW power, land for Diamer-Bhasha dam and many more. While the PTI government took the loan for incompetency, he maintained. Dastgir said that these figures were released by State Bank of Pakistan and these are related to Central Govt Debt. According to these figures, he said that the PTI government took Rs15 billion per day during last 23 months tenure.

Federal Minister for Water Resources Faisal Vawda has termed Bilawal Bhutto’s report on K-Electric a damning indictment of PPP’s own corruption, which he tried to falsely attribute to PTI.

Speaking in the House Vawda said that PPP cannot accuse us of incompetence or corruption when they themselves appointed the officers and Managing Directors.

He said that the FIA report shown by Bilawal Zardari yesterday is a charge sheet against PPP. He brushed aside Bilawal’s accusation of Imran Khan being friends with the owner of Abraaj Group, asking why he was being given benefits by the PPP government. He said that PTI’s government is not responsible for the past twenty years of corruption.

The Minister challenged the opposition to a televised debate on the economy with three representatives from each side, to inform the public of ground realities.

Federal Minister for Communications Murad Saeed also addressed the assembly session. He said that the present government has started work on Bhasha Dam while “Aristotles” of the previous government keep on claiming they envisioned the project.

He said that we have restored the dignity of the Pakistani passport. Pakistan’s stock market has become one of the best performing markets in the world and according to an SBP report, reserves have increased by $3.2 billion. He said that the PTI government has repaid Rs5,000 billion of debt taken by the previous government.

Murad Saeed said that foreign remittances witnessed an increase of 3.2 billion dollars this year as a result of prudent economic policies of the government. He was responding to various points raised by the opposition benches and said trade deficit decreased, while Information Technology exports surged by 26 per cent. He said the international ranking of Pakistani passport improved by six points.

Responding to a Calling Attention Notice, Minister of State for Parliamentary Affairs Ali Muhammad Khan said that the government is focusing on promoting tourism industry in the country.

He said the meeting of the National Tourism Coordination Board, scheduled on 22nd of this month, will find ways and means to help the people relating to the tourism sector as their businesses have been adversely affected due to COVID-19.

The Minister of State also informed the House that the government is going to offer a golden handshake to the employees of Pakistan Tourism Development Corporation. He said over one billion rupees will be given to employees of the PTDC under this scheme. He said PTDC hotels and motels will be transferred to respective provincial governments as tourism is a devolved subject after the 18th Amendment.