Google to use precious drinking water to cool servers

Google has been given the go-ahead to pump some 550 million gallons of clean drinking water per year to cool servers at its sprawling data center in South Carolina, sparking outrage and fears the company will deplete the supply.

After months of wrangling over the tech giant’s request, the South Carolina Department of Health and Environmental Control (DHEC) gave its approval for the company to draw water from a major aquifer for its data center in Berkeley County, so long as it complies with the terms of the permit, in particular caps on the amount it can use.

But critics said Google shouldn’t be allowed to draw from the dwindling drinking-water supply.​​ https://t.co/xquh6h7HSI

While Google insists it strives to “build sustainability” into all of its projects, critics have slammed the move for putting Big Tech ahead of South Carolinians, arguing the aquifer in question is drying up and that its remaining supply should be preserved for residents.

“I don’t have a beef against Google itself, but I don’t think it is appropriate to use pristine groundwater for cooling computers, versus providing that water for people,” Clay Duffie, manager of a water utility in the town of Mount Pleasant, told local media. “We are obviously concerned about the long term, safe sustainable yield of that aquifer.”

The Mount Pleasant Waterworks sources from a local river, which Duffe said could be a better option for Google, over sucking up large amounts of clean drinking water from a dwindling source. 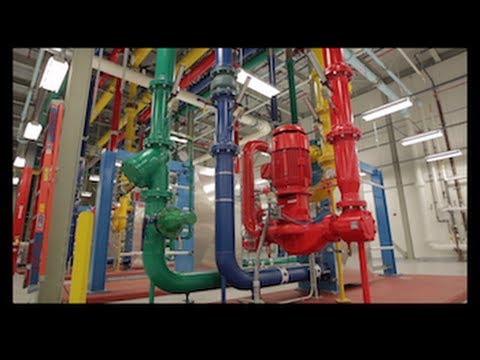 Google filed its water permit application last year under the guise of “Maguro Enterprises,” an entity created in 2006 to conceal the company’s activities as it pursued plans to build its data center in Berkeley County. Google was only found to be behind the application after Emily Cedzo, a project director at a local environmental group, found the entity shared an address with the Berkeley data center.

Dozens of county residents protested at a heated hearing after Cedzo’s group published that information, with many voicing concerns the mega-corporation would over-deplete the aquifer.

In addition to flying under the radar by filing applications under obscure entities, Google has previously insisted that information like water and energy consumption should be protected as trade secrets, meaning the company does not have to publicly disclose its impact on water sources.

By way of sweeping non-disclosure agreements with local governments, the company has managed to keep much of that data under wraps. Netizens took to social media to assail South Carolina’s move, some suggesting it could be the first step toward a dystopian future, where the needs of hi-tech computer servers trump those of flesh-and-blood human beings.