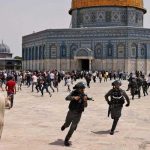 A few hours into a ceasefire agreement reached between the Israeli government and Hamas, which governs the Gaza strip, Israeli police were reported to have stormed the compound of the Al-Aqsa mosque once more on Friday. Several Arab media outlets reported the forces launched tear gas shells and fired rubber bullets. Al Jazeera journalist Arwa […]

On Tuesday, Hong Kong’s newly appointed Catholic bishop said he would need to tread carefully with Beijing as it cracks down on dissent — but vowed to plead with authorities to defend religious freedoms. The Vatican announced Monday that Stephen Chow, 62, would be the southern Chinese city’s new bishop, filling a role that had […]

Tokyo: More than 80 percent of Japanese oppose hosting the virus-postponed Olympics this year, a new poll showed on Monday, underlining public antipathy less than 10 weeks before the Tokyo Games. The latest downbeat survey comes after Japan expanded a coronavirus state of emergency Friday as the nation battles the fourth wave of infections. The […] 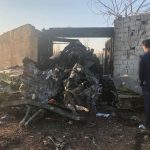 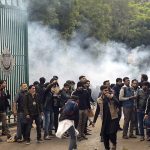 GUWAHATI: Washington and London on Saturday issued travel warnings for northeast India as opponents of a new citizenship law geared up for more protests, following days of clashes that saw two people killed and dozens injured. The Citizenship Amendment Bill (CAB) — approved this week — allows for the fast-tracking of applications from religious minorities from Pakistan, […] 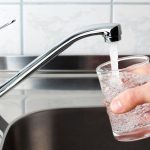 Google has been given the go-ahead to pump some 550 million gallons of clean drinking water per year to cool servers at its sprawling data center in South Carolina, sparking outrage and fears the company will deplete the supply. After months of wrangling over the tech giant’s request, the South Carolina Department of Health and […] 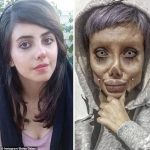 Iran has arrested an Instagram celebrity famous for drastically altering her appearance through cosmetic surgery, sources revealed. The social media star known as Sahar Tabar was detained on the orders of Tehran’s guidance court, which deals with “cultural crimes and social and moral corruption”, Tasnim said. She faces charges including blasphemy, inciting violence, gaining income […]