Ukraine plane crash: Ukraine gets important data from US officials 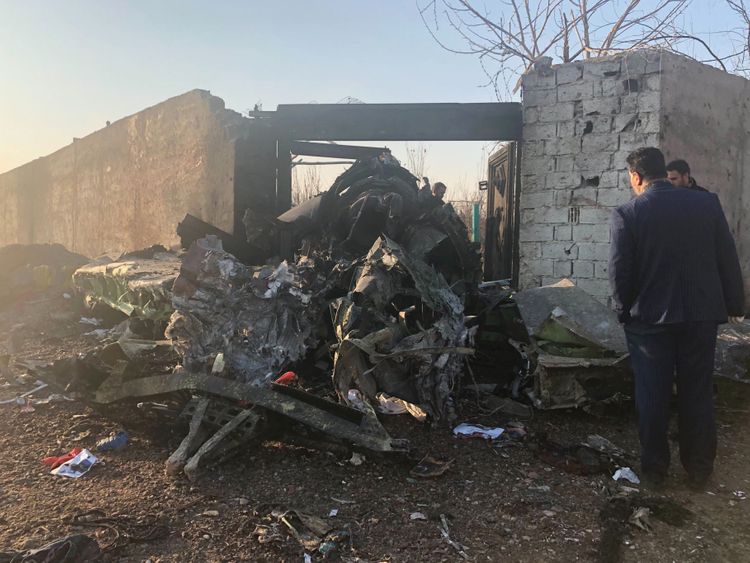 “President Volodymyr Zelensky and I met with US representatives,” Prystaiko said in a post on Twitter. “We have received important data which will be processed by our experts.”

The head of Iran’s civil aviation organisation and deputy transport minister, Ali Abedzadeh, responded to the rumours on social media that the Revolutionary Guards had fired missiles at the aircraft by mistake. He said Tehran was in the process of retrieving information from the aircraft’s black box to ascertain the cause of the crash.

“But if more specialised work is required to extract and analyse the data, we can do it in France or another country,” he said.

Iranian authorities said there were indications the plane had turned back after facing problems. A team of Ukrainian experts flew in and joined the investigation on the ground on Thursday.

A delegation from Canada is heading to Iran to help probe the crash of a Ukrainian airliner that killed all 176 people onboard, including Iranian-Canadian dual nationals, the Iranian foreign ministry said Friday.

“Based on the coordination between Iran and Canada’s foreign ministries, a 10-person Canadian delegation is en route to Iran,” the ministry said in a statement.

The team will “handle the affairs of the Canadian victims” who died in the crash.

The Boeing 737 crashed early Wednesday shortly after Tehran launched missiles at US forces in Iraq in response to the killing of a top Iranian general in a US drone strike in Baghdad.