Former President Pervez Musharraf makes a surprise announcement about his return back to politics yet again. 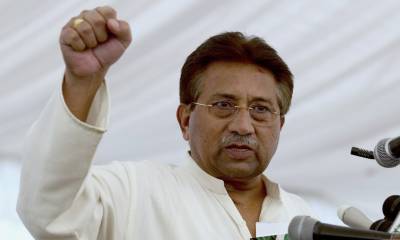 78-year-old former military ruler was suffering from amyloidosis, a rare disease caused by a build-up of an abnormal protein called amyloid in organs and tissues throughout the body.

Speaking to a local media outlet on Thursday, APML’s general-secretary Mehreen Malik said the former president received medical treatment at a hospital in London for 12 days last month and “now he is back to his Dubai’s residence, following improvement in health.”

She added that the retired general had also held meeting with his party close aides and relatives. “Pervez Musharraf will fully resume his political activities with the consultations of doctors,” said Mehreen, adding, “He is being examined by a team of doctors daily.”