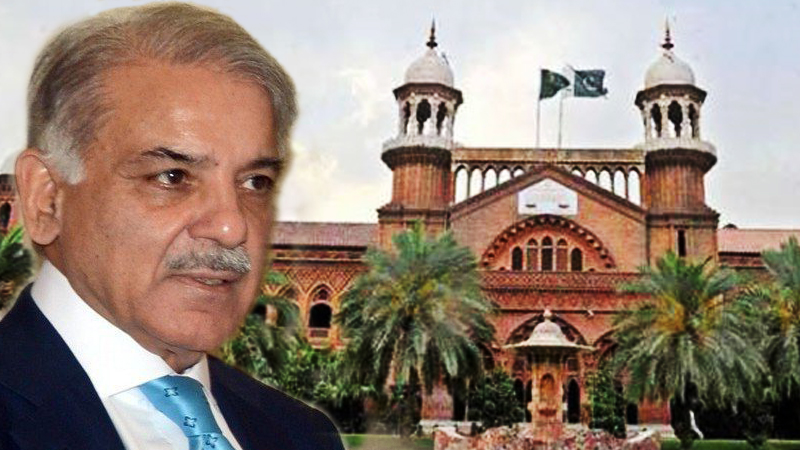 During the hearing of bail petitions, a two-judge bench headed by Justice Malik Shehzad Ahmad questioned the logic of arresting Shehbaz Sharif instead of the actual beneficiary and Ramzan Sugar Mills Chairman Hamza Shehbaz. However, the court was told that Hamza was extending full cooperation in the investigation process and that his arrest was not necessary at this stage.

The court was told by NAB that Shehbaz, as chief minister of Punjab, had issued a directive for construction of a drain in Chiniot district primarily for the use of Ramzan Sugar Mills owned by his sons. It said Rs 200 million were spent on it from the public money. Justice Shahzad asked whether other works apart from the drain had been undertaken in the district. Shehbaz’s lawyer Amjad Pervez shared details and a feasibility report pertaining to sewage and sanitation works in the area in the court. He told the bench that the National Assembly and cabinet had approved the development plan. “Work on a plan only begins once the National Assembly gives its approval,” he said to a query by the court.

The bench first reserved its decision but later ordered the release of the leader of opposition in National Assembly.

The bench also approved former principal secretary to then prime minister Nawaz Sharif Fawad Hasan Fawad’s bail petition in the Ashiana Iqbal Housing Scheme case but rejected it in the case pertaining to owing assets beyond known sources of income.

NAB told the LHC that the former principal secretary to the prime minister owned a plaza in Rawalpindi valued at Rs 5 billion and 14 ‘benami’ bank accounts. The court was told that the historical record of Fawad’s alleged ownership of the plaza had been requested. It was also informed that Fawad had drawn a salary despite not being on ex-Pakistan leave. During this leave, government employees have permission to work abroad, Fawad’s lawyer told the court. Advocate Khurram Qureshi had petitioned NAB against Fawad in June 2017 after which the NAB chairman had ordered the director general of NAB Rawalpindi to conduct an inquiry into the case. The lawyer told the court that the Islamabad High Court had given an order for an inquiry into Qureshi’s petition, to which Justice Shahzad responded, “If the IHC hadn’t passed the order, would NAB not have conducted in inquiry?”

In a tweet following the court order, Shehbaz said he was humbled and grateful to Allah Almighty for the blessings. He also thanked his brother former prime minister Nawaz Sharif, Pakistan Muslim League-Nawaz workers and people of the country for giving him courage. The NAB had arrested Shehbaz on October 5, 2018, in connection with the Ashiana Iqbal Housing Scheme case. The anti-graft watchdog had accused Shehbaz of misusing his powers in his capacity as chief minister of Punjab in an inquiry pertaining to Punjab Land Development Company (PLDC). The NAB inquiry claimed that Shehbaz as the chief minister of Punjab had unlawfully assumed powers of Board of Directors of Punjab Land and Development Company (PLDC), misused his authority and acted in connivance with Fawad Hassan Fawad who at the time was secretary implementation to CM Punjab and others. “Contracts awarded to M/s Ch A Latif and Sons for the development and infrastructure of Ashiana Iqbal Housing Project were illegally cancelled.