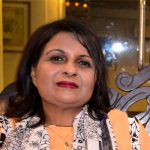 “Transgender Person” is a person who ist- (i) Inter-sex (Khunsa) with mixture of male and feroale genital features or congenital ambiguities, or (ii) Eunich assigned male at birth, but undergoes genital excision or castration; or (iii) a Transgender Man, Transgender Woman, Khawajasira or any person whose gender identity and/or gender expression differs from the social […]

Pakistan is in the middle of an ongoing economic and political crisis. To add to her miseries, Pakistan is facing a calamity of huge proportions as a result of violent rains and flood. The challenges in this respect alone are multidimensional. The full impact of this disaster needs to be understood. Health issues, diseases, particularly […]

Wars in the world have been based on ideological differences, religious differences, desire for global and regional outreach [aggressive foreign policy], race, inequality of distribution of energy resources and so on. Pakistan is an exception. Pakistan is at war from within. The ‘gods’ in Pakistan suffering from a sense of entitlement, the desire to overpower […]

A plea has been submitted in the Supreme Court of Pakistan for the court ‘to order the federal government to review existing laws regulating speech and take appropriate measures to prohibit institutional defamation and enact legislation in line with Article 19 of the Constitution.’ The second part of the petition deals with directing the ‘federal […] 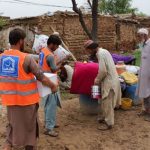 One third of the country is under water. Over a thousand have lost lives. Others their homes, harvests, animals. In other words, any source of livelihood. The flood affected people in most cases stand under the open skies. Makeshift camps are giving shelter to the displaced in schools, military bases and wherever they can be […]

Carl Schmitt (1888-1985) is famous for being critical on liberalism, political specificity and above all, his analytic dissertation between friend/enemy. ‘Tell me who your enemy is and I will tell you who you are,’ his sharp comment defines how PTI made itself relevant to the people with its narrative. Challenging the establishment and institutions in […]

Hamza Shehbaz got 179 votes. PTI received 176 votes and PML-Q bagged 10 votes in voting for the post of CM Punjab. However, deputy speaker in the Punjab Assembly, Dost Muhammad Mazari, produced a letter, purportedly by Chaudhry Shujaat, stating that he had as party president of PML-Q, directed his members to vote for Hamza […]

Pakistan’s total debt and liabilities shot up to Rs 53.5 trillion, this includes the debt of Rs 23.7 trillion under Khan’s government. The SBP report stated that the last PTI government was responsible for adding to the public debt basket a sum of Rs 19.5 trillion during its years of power. This liability is more […]

The reasons for the fall of Rajapaksa’s government should have sent alarm bells ringing in Pakistan’s power corridors. Shortage of foreign reserves created inability by the government to buy essential imports. In March 2022, imports on 367 items were imposed to save on the reserves. Besides fuel, those on list included fruits, milk products and […]

Rising fuel, energy prices coupled with increased food prices are the daily issues that Pakistanis are trying to grapple with. The debate by the armchair warriors has shifted to making ends meet rather than the alleged US conspiracy against Khan. This narrative has lost luster. Of course, these armchair warriors may not include the Retired […]