The government seems to have finally found a way of making now former finance minister and present advisor to prime minister on finance and revenue, Shaukat Tarin, the new finance minister as well. Sources have revealed exclusively to Daily Times that Senator Faisal Javed, who chairs the Senate standing committee on information and broadcasting, has […]

LAHORE: Abdul Qadir and Fazal Mahmood, two of the greatest bowlers to ever play the game for Pakistan, have been inducted into the PCB Hall of Fame. Mahmood was a devastating swing bowler and such was his skill that he grew into becoming the very first superstar of Pakistan cricket. He made his debut against […]

LAHORE: Pakistan Cricket Board’s (PCB) high performance coach Grant Bradburn has resigned from his position to pursue further coaching opportunities. The PCB in a statement said on Friday that Bradburnhad had stepped down to look for other “coaching challenges”. “It has been an honour and privilege to serve Pakistan, providing challenge and support, to drive […] 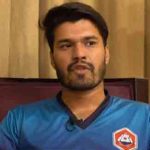 LAHORE: Pakistan domestic team Northern’s batsman Zeeshan Malik has been provisionally suspended by the Pakistan Cricket Board (PCB) under the provisions of its anti-corruption code. Malik, 24, played five matches for Northern in the recently concluded National Twenty20 Cup where he made 123 runs at an average of 24.60, finishing as his side’s sixth-highest run-getter […] 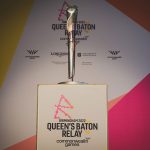 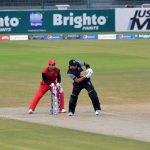 LAHORE: A steady half-century from Sahibzada Farhan and a destructive 45 not out — at a staggering strike rate of 265 — helped Khyber Pakhtunkhwa score a five-wicket win over Northern in the first semifinal of the National Twenty20 Cup at Gaddafi Stadium here on Tuesday evening. Defending 50 off last five, Northern had an […]

Though his maiden visit to the United States of America (USA) hit some controversy initially, Chairman of the Parliamentary Committee on Kashmir Shehryar Khan Afridi has created ripples in the elite circles of the US think tanks, academia and the legislators. Through his two-week long stay in the US, Afridi has been involved in hectic […] 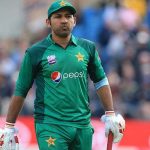 LAHORE: Pakistan cricket selectors, headed by former Test batsman, Muhammad Wasim, on Friday, with three changes, recalled former skipper Sarfaraz Ahmed to the World Cup squad. The 34-year-old Sarfaraz was not in the 15-man squad announced last month but all 16 teams competing in the event had October 10 as the deadline to make any […] 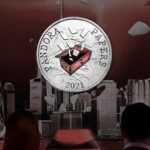 The Pandora Papers have kicked up a number of storms. One in particular relates to the mystery – not quite solved yet despite accusations, counter accusations and denials – about whether or not the fake news about Maryam Nawaz’s son Junaid Safdar’s name appearing on the list was first aired by PTV. Since there’s been […] 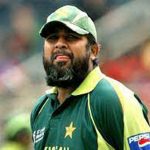 LAHORE: Former Pakistan captain and most capped cricket player Inzamamul Haq had to undergo an emergency angioplasty at a private hospital in Lahore after complaining of heart-related issues and breathing difficulty. Inzamam, who shot to global prominence during Pakistan’s World Cup winning 1992 campaign, had been complaining about chest pain over the last three days. […]