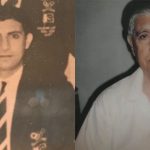 LAHORE: Pakistan’s legendary Olympian Brigadier Abdul Hamid Hameedi was laid to rest at his home town Bannu in Khyber Pakhtunkhwa on Friday after Asar prayers. Hameedi, who led Pakistan to their maiden gold medal victory at the Rome Olympics in 1960, died at the Rawalpindi CMH Hospital on Thursday. He was 92. The deceased is […] 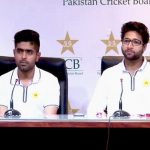 LAHORE: Batsman Babar Azam on Tuesday said Pakistan suffered until the end of the World Cup 2019 because of their loss to the West Indies in their first group stage match. Speaking at press conference along with opener Imam-ul-Haq, Azam said the defeat to the West Indies hurt Pakistan’s chances of making it to the […] 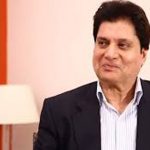 The Pakistan Cricket Board (PCB) relieved former cricketer Mohsin Hasan Khan from his position as the head of PCB’s Cricket Committee upon his request, the PCB announced on Thursday. He will be replaced by PCB managing director Wasim Khan. According to a press statement by the PCB, Mohsin had “expressed his willingness to be released […] 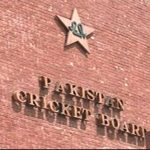 The Pakistan Cricket Board (PCB) will review and analyse the performances of the cricket side and team support personnel over the last three years once the World Cup has concluded, the PCB Governing Council (Board of Governors) said after its 54th meeting on Wednesday. The Pakistan cricket team have so far played four group stage […] 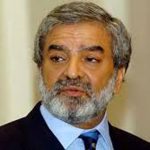 Pakistan Cricket Board (PCB) Chairman Ehsan Mani said on Thursday that international cricket would return to Pakistan later this year when the country would be hosting matches for the Asian Test Championship against Sri Lanka in September and Bangladesh in January-February next year. “This is very good news for Pakistan cricket and it will herald […] 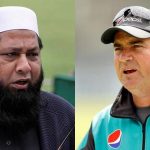 The Pakistan Cricket Board (PCB) in a statement on Wednesday strongly refuted media reports that suggest the board has decided to part ways with chief selector Inzamamul Haq and coach Mickey Arthur. The news regarding the cricket board’s purported decision to not renew Inzamam and Arthur’s contracts emerged a day earlier after a source in […] 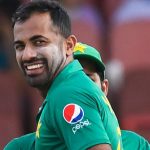 Pakistan fast-bowler Wahab Riaz has said that his dream came true when he was selected in the Pakistan squad for the 2019 World Cup. The pacer was selected in place of left-arm pacer Junaid Khan, after a four-nil series loss against England, where the Pakistan bowlers failed to make a significant impact. Riaz told reporters […] 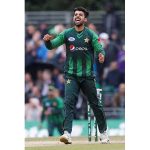 Pakistan’s all-rounder Shadab Khan has been declared fit for the upcoming International Cricket Council (ICC) World Cup after he was successfully treated for an infection, a Pakistan Cricket Board (PCB) spokesman said on Tuesday. The 20-year-old leg-spinner will fly to England on May 16 (tomorrow) and consult Dr Patrick Kennedy before joining the team on […] 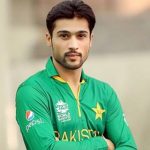 Left-arm pacer Mohammad Amir has been ruled out of the third one-day international (ODI) against England, after it was reported that might be suffering from chickenpox infection. According to reports, Amir’s infection, which made him sit on the sidelines during the second ODI, has intensified and it is quite possible that it will turn out […] 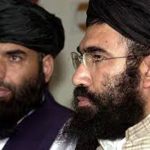 Afghan Taliban and the United States have decided to continue talks during the holy month of Ramazan, Taliban political spokesman Suhail Shaheen said on Monday. There was an understanding earlier to wind up the ongoing round of talks before Ramazan. “Talks between the IEA (Islamic Emirate of Afghanistan) and US negotiation teams will continue for […]