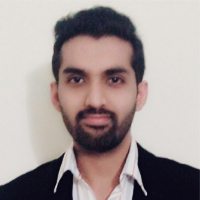 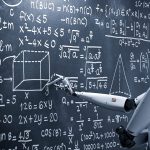 From Heisenberg’s uncertainty principle to the discovery of gravitational waves, and from Hawking radiation to the discovery of the backward travel of every quantum particle, none, perhaps, is more likely to shape our future as significantly and as decisively as the world of Artificial Intelligence (AI). Is artificial intelligence one of the finest works of […] 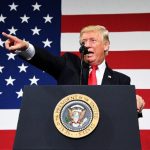 The President of the United States of America appears, by all estimates, to be on a roll. He means what he says, and he says what he thinks. And, unfortunately, what he thinks is where the problem lies. He categorically stated during his presidential campaign that he’d be belligerent and bellicose. He vowed for a […] 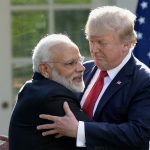 Trump seems to have chosen his preferred partner in South Asia. The bonhomie appears to have had a lasting effect. US-India relations are said to have entered a new unfermented era. The question, however, is: can Indo-US bilateral ties withstand Modi’s brashness and Trump’s inconsistent behaviour? Many in India are ecstatic over the fact that […] 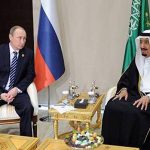 History is made. A reigning Saudi monarch finally stepped foot on the Russian soil. When Saudi Arabia’s King Salman bin Abdul Aziz Al Saud landed at Moscow’s Vnukovo Airport on October 4, it was a sight to behold. Russian deputy prime minister Dmitry Rogozin was there to receive the King. Barring the faulty golden escalator, […] 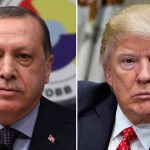 There is all plenty of evidence that suggests the situation in the Middle East is in for another round of escalation. The relationship between the US and Turkey nosedived last week when a US consulate was arrested in Istanbul. After the arrest, it was obvious why the authorities in the US felt ‘deeply disturbed’. If […]

When the American President Donald Trump decided to take sides in the gulf row in June 2017, I was quick enough to conclude in one of my articles that this was one issue he shouldn’t have tweeted about. But, this time around, Trump chose the most diplomatic and honorable stage in the world to deliver, […]

So, Mosul al-Jadida has reportedly been liberated completely. Daesh is on a retreat. After such a heavy pounding in Levant, what’s next for Mr. Bagdadi and his men? Watch out for now as Daesh’s affiliate in Af-Pak region will try to come out of the hiding with full throttle. Whether one may like it or […]

Authorities in India and Pakistan are at it again. The war of words has recently echoed in the United Nations. His Excellency, Mr. António Guterres, the ninth Secretary General of the United Nations, may not find it the most opportune time to have taken over the reins of the UN. Whether it be the dossiers […]