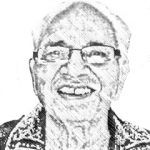 Will a recent ceasefire agreement between Russia and Turkey to halt the fighting in that unfortunate country work? If the past any guide, it is unlikely. Bashar al-Assad’s regime has been in a frenzied hurry to bring most of the county under his effective control. Turkey is not amused and got directly involved in the […]

Even though US politics is intensely polarized since Donald Trump became US president, there is one area, though, where both sides of the country’s divide, the Republicans and the Democrats, are united – Communist China. United States (US) Secretary of State Mike Pompeo says China has emerged as “the central threat of our times”.   […]

The fragility of the US, the world’s most powerful nation and said to be a model democracy, couldn’t bemore stark when one follows its hounding of Julian Assange, the founder of the WikiLeaks, who had the temerity to expose the ugly and brutal side of the workings of US power, for instance, the killings of […]

Erdogan, indeed, would like to topple the Assad regime and replace it with its own version, but that would seem unlikely with Moscow so committed to Damascus The Arab Spring, which saw popular uprisings in some Arab countries like, for instance, in Egypt, starting early in the first decade of this century, were crushed and/or […]

The Australian government’s equivocation, if not outright denial, of the climate change is baffling, even more so after the worst season of bushfires in the country. Australia is a dry continent given to bush fires, but the intensity and the millions of hectares burnt should be an eye-opener. Indeed, it looks like a classic example […]

One of the hardest done people in the modern world is the Palestinians. Ever since the Balfour Declaration of 1917, which set out a homeland for the Jews in the already long settled lands of Palestine, their destiny seems to be always decreed by powerful countries and interests. And it is done in a way […]

There is never a shortage of crises in the Middle East. As if there wasn’t enough trouble in the region, now Lebanon is going through popular protests against the existing political order. I will come to that later. First, we have the smoldering US-Iran crisis, which might, at any time, get out of hand to […]

The targeted killing of General Qassem Soleimani, much respected in Iran, by a US drone strike at Baghdad airport is regarded by Iran as a declaration of war. For Donald Trump, it is simply “ridding the world of their [Iran’s] terrorist leader who had just killed an American and wounded many others [at a US military […]

It must have come as a shock to Tehran when Iraqi protesters burnt down the country’s consulate in Najaf. After all, Iran was a ‘fraternal’ country of Shia faith, and had helped Iraqis in all sorts of ways during recent years. It had given shelter to Iraqi leaders escaping Saddam Hussein’s tyranny and persecution. It […]

The Middle East is one region where things can generally go wrong with unpredictable consequences. I am referring here to developments in Iraq, Iran and Lebanon. Iraq and Iran share one commonality, which is that they are both predominantly Shia. In the case of Lebanon, it hasa substantial Shia population, with an important bearing on […]