The explosion of a dump of ammonium nitrate at Beirut port was one tragedy too many for Lebanon. With deaths from the explosion mounting and widespread destruction of property and assets, the people seem to have lost hope; considering that the ruling political class is a major part of the problem. Take the case of the ammonium nitrate dump taken off a distressed Russian ship and stored at the port for the last six years, the relevant Lebanese authorities were reminded in official communications about the need to remove the dangerous material but no attention was paid to it, and the unthinkable happened. 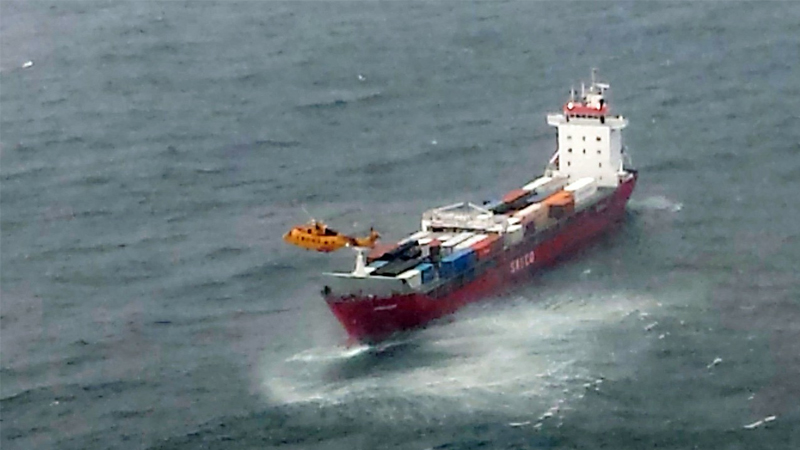 Lebanon is in free fall in every sense of the word. Its political system is dysfunctional and unworkable, with sectarianism the guiding principle of distribution of power.

For instance, the three top political offices of the president, prime minister and speaker of the parliament have sectarian roots, with the former as Christian, prime minister as Sunni and Speaker drawn from the Shia sect. It is easy to see the scope for all sorts of political permutations and combinations.

One thing that comes up in all the protests since October last is that the system and the political class are corrupt to the core. And that nothing will fix Lebanon short of a revolution. Revolution is a kind of an all-fix mantra that is supposed to do the trick even though for a revolution to happen and be sustained there has to be an alternative fall back structure, which is non-existent. It might emerge out of the chaotic present, but with Lebanon divided along sectarian lines and its politics so structured, it is a big ask.

Lebanon’s then prime minister Hassan Diab (who has since resigned) floated the idea of holding early parliamentary elections. This hasn’t worked in the past and it will simply deepen the political impasse because the political system has reached its use by date. It has simply failed. To quote Diab, “The scale of the catastrophe is bigger than anyone can imagine”, referring to the blast. Indeed, the death and destruction from the blast have brought home that Lebanon is dysfunctional and it is a ship adrift close to sinking in the political and economic sense.

The enormity of people’s frustration and the need to hang on to any sign of hope, however tenuous, was very much on display when French President, Emmanuel Macron, visited the former French colony. People thronged him as he might have a solution, complaining about corruption everywhere. And seeming to fit the bill, he promised to front an international relief and aid effort to pull Lebanon out of the mire.

But that would still require Lebanon and its politicians to work their way out of their tribal and sectarian politics, where deals are made with elites feathering their nests. The country is economically bankrupt, with its currency in free fall, debt reaching nearly 200 per cent of the GDP, inflation out of control, more and more people unemployed.

With the political system not working, and economy in dire strait, Lebanon might have no alternative but to look for some sort of international rescue. That is where French President Emmanuel Macron might play a useful role, though his call for an international inquiry into the explosion doesn’t seem to have gone well with some of the top leadership. And his call for economic and political reforms will again run into the inflexibility of the political system organized around sectarian lines.

Lebanon is economically bankrupt, with its currency in free fall, debt reaching nearly 200 per cent of the GDP, inflation out of control, more and more people unemployed

While in Lebanon, Macron reportedly said that he had proposed to the Lebanese authorities a road map of urgent reforms to unlock billions of dollars in funds from the international community, like International Monetary Fund. And he said, “If reforms are not carried out, Lebanon will continue to sink.” He added, “What is also needed is political change. This explosion should be the start of a new era.”

He projected himself as a saviour of sorts, apparently because of France’s colonial connection, telling angry (with their politicians) people, “I guarantee you, this [international aid] will not go to corrupt hands. I see the emotion on your face, the sadness, the pain. That is why I’m here.”

While completely sincere in his rescue mission, Macron seemed to oversell his role, both in international terms and in terms of Lebanon’s politics. Lebanon’s economy is a basket case, and with its politics broken, working out its rescue looks like mission impossible. Macron might do the impossible. In the meantime, Lebanon is a ship adrift seeking a new berthing place without a dump of ammonium nitrate.