The recent worldwide protests about Black Lives Matter, arising out of the brutal police murder of George Floyd in the US, also put a focus on Australia’s own race problem. Most Australians would not only deny that Australia is racist but would feel offended at the question. There is this self-satisfied and smug feeling that Australia is a highly successful multi-cultural society, which has transcended its differences to become a model of sorts. And if you were rude enough to probe, especially if you are a migrant from a non-white background, you might be considered ungrateful for even asking such a question. You are supposed to be thankful that Australia, in its generosity, let you in out of compassion. Therefore, such questioning is rude and not in Aussie spirit and, hence, somehow lacking in character. It doesn’t matter that Australia’s economic prosperity owes much to the continued influx of immigrants. 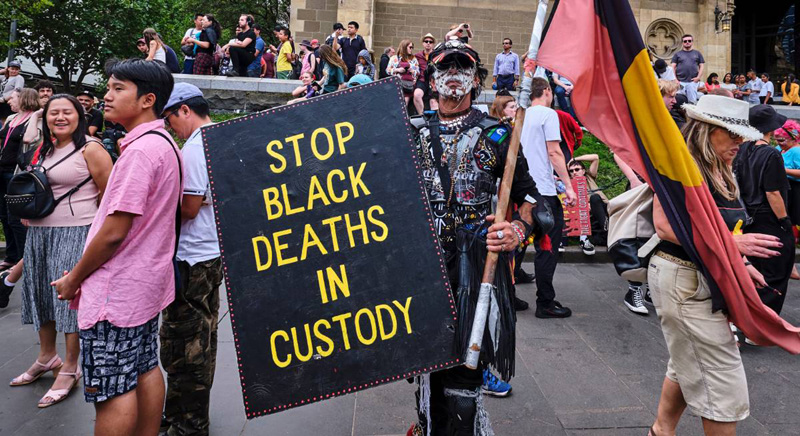 Well, there are two aspects to Australia’s racism. There is, of course, the endemic and institutional racism towards its Aboriginal population ever since the settlement of this colony of convicts from Britain. We shall come to it later. But first, as Australia developed into a colonial settlement, it propounded a policy of keeping Australia white by excluding non-white people from coming into the country because the whites were the tops of the pile as a superior race and Australia wanted it to continue like that.

The idea and the practice of superior (white) and inferior (non-white and black) race were considered a fact of life when white Australia (Australia only for whites) was legislated in 1901. As a Labour Party (supposedly progressive) prime ministerial contender said: two Wongs don’t make a white. The race question was, therefore, settled. The whites are the superior race meant to govern and rule over others.

As for the Aborigines, the original inhabitants with thousands of years of continuous connection with their land and culture, they were simply declared as non-existent. Australia was declared as an empty landmass, terra nullius, for the invaders to take. However, there was one small problem, which is that its indigenous inhabitants refused to go away. They were hunted, killed, stolen, turned into slaves with chains around their necks, not counted as humans but, with inexhaustible resilience, somehow managed to survive to this day.

It has been just bare survival, with their white rulers having to reckon with them in piecemeal ways to fit into some sort of existence. In the 1967 referendum, they started being qualified for the country’s census count; hardly earth-shaking development as 3 per cent of the country’s population. And then another thing happened. In 1992, the country’s highest court overturned the terra nullius doctrine, thus making Aborigines entitled, in principle, to large swathes of traditional lands and the resources therein.

It seemed like justice might be done at last but since then the white governing elite has been trying to find ways and means to turn back the clock. The entire approach has been to befuddle the issues by saying that practice is more important than symbolic. But the issue is that what is symbolic for the white ruling class, like constitutionally recognized voice for the indigenous people in constitution and representation, is substantive for the Aborigines.

Because without that kind of recognition and actual input in their own governance, the old attitude of paternal white guidance and control is all that is left. Which leads to occasional setting up of targets to close the horrendous gaps in lives of indigenous and whites, like in education, mortality, rate of incarceration and so on. To give an example: A Royal Commission in the nineties was appointed to look at and make recommendations to close the gap in the rates of incarceration between indigenous and non-indigenous people, with the Aborigines representing 30 per cent in prisons with a population of only 3 per cent.

But since then the number of Aborigines dying in custody has gone up quite markedly. In other words, there has been no marked closing of the gaps, whether in the practical and so-called symbolic sense. Indeed, the “ludicrous target for incarceration parity” has now been set to 2093. This should give people a sense of the kind of games being played with Black Lives in Australia.

It is feared that any kind of constitutional recognition of the Aboriginal voice/status will somehow de-legitimize the white system and institutions. This leads Australian leaders to question the very basis of the Black Lives Matter protests in Australia, with Prime Minister Scott Morrison, for instance, blaming left-wing radicals as hijacking the issues. To quote Morrison, “What has begun with, you know, very important issues and important issues in Australia, is now getting hijacked by the usual sort of band of noise-makers who just want to make an attack on Australia and its society.”

In other words, indigenous people in Australia can always bank on the “generosity” of their white masters.