As China’s power grows, Australia increasingly sees it as a threat to regional stability and security. With the US’ power in relative decline, the strategic balance engineered and underwritten by the US until recently, is becoming shaky. With its growing, political, economic and military power, China is managing to create an alternative regional, and a likely global, power centre to the one that has been dominated by the US. And the regional countries with competing sovereignty claims in the South China Sea, for instance, are finding themselves sidelined by China’s overriding power. The US is still an important counterweight and not to be brushed aside lightly but, unlike in the past, China is not a pushover.

This kind of situation is quite disturbing for Australia, which has relied largely on its alliance with the US against potential and real security threats since decolonization, the Cold War and now communist China’s regional push. And as a staunch US ally, it finds itself as a target, even more so because it is emerging as a strong opponent of a perceived Chinese threat. And China is going ahead with limiting its trade and other contacts with Australia, thus inflicting some serious economic punishment from a hefty trade surplus that Australia enjoys with China. China regards Australia’s criticism and opposition to its role as annoying, as a Chinese newspaper called it, like gum sticking to a shoe.

But, for Australia, the reasoning is much more serious. This was spelled out by Malcolm Turnbull, who was prime minister when legislation against foreign interference (basically China) in Australia was passed, and China’s Huawei was barred from 5G roll out in the country. Putting the perceived China threat in a regional context, Turnbull said of China’s assertion and control of South China Sea islands: “What China is hoping is that the littoral states [with their own claims] will simply shrug their shoulders and say let’s accept it as reality. That would be a mistake because they would seek to expand the envelope further.” This, in essence, is Australia’s fear that China is on a self-generated momentum to dominate the region, including Australia. According to Turnbull, China expects Australia to be “compliant”.

Which it is resisting. Indeed, it is acquiring a range of missiles from the US to create deterrence against any outside threat (meaning China) spending $A270 billion over the next decade. The US still will be the ultimate defense shield but Australia will go the extra mile to impress on the Trump administration that, unlike some of the NATO countries, Australia is prepared to share the US burden. Indeed, it is already spending 2 percent of its GDP on defense. 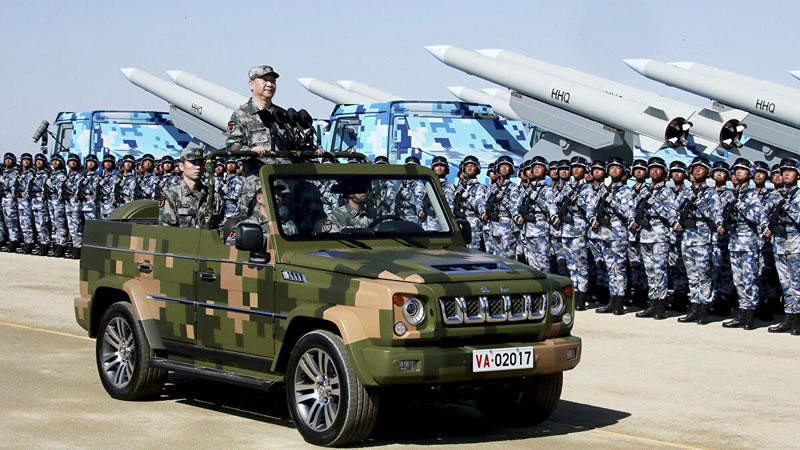 Prime Minister Scott Morrison highlighted in his recent speech the gravity of the new regional situation with China’s assertive nationalism. He reportedly said, “We [Australia] have been a favoured isle, with many natural advantages for many decades. But we have not seen the conflation of global economic and strategic uncertainty now being experienced here in Australia, in our region, since the existential threat we faced when the global and regional order collapsed in the 1930s and 1940s.”

It was a kind of (non-specific) reference to Hitler’s rise and the subsequent disaster of WW11. And to emphasize that Australia would be prepared to defend its sovereignty and values. Again, with a veiled reference to China’s aggressive policy and Australia’s decision to purchase ballistic missiles, he reportedly said, ” We don’t seek to entangle or intimidate or silence our neighbours [as China might be doing]. We respect their sovereignty. We champion it. And we expect others to respect ours. Sovereignty means self-respect we will never surrender this”

In other words, Australia would resist domination with all at its disposal, like strengthening its defense, investing into its alliance with the US and creating regional balance to contain and counteract China, through formal and informal ties with countries like Japan (US is already there), India, South Korea, Indonesia, Vietnam and so on. Indeed, to create a common sense of purpose against China’s domination of its region.

How will this work in practice remain to be seen? One thing, though, is certain that we are entering uncharted waters, with uncertainty being the only certainty.