With an annual budget of Rs 90 billion, the Higher Education Commission (HEC) strives to follow its mission statement ‘to facilitate institutions of Higher Learning to serve as an engine of Pakistan’s socio-economic development’. Last month, HEC released its annual performance report on the state of higher education in the country for the year 2014-15, […] 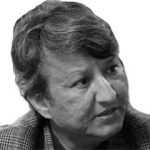 Animal Rights Day is marked on October 4, every year, to raise the levels of awareness about the status of animals, in order to improve their welfare standards around the globe. It is an annual reminder for the rights of animals; wild as well as domesticated, with whom we share our habitat. It helps us […]

City mosques are often the most prominent landmarks of a neighbourhood. As an Anglicised form of the Arabic word masjid, the mosque is a central institution in an Islamic community, as it serves as the site for daily prayers as well as a place for exchange of community information. The matrimonial and funerary rituals are […]

In the world of communication, advertising through mass media is an expensive affair. The corporate world uses the print, electronic and digital media for selling their products to the masses. To eulogise political their leadership, the political parties use high end corporate advertising as well as low paid graffiti on the walls. Eye catching electronic […]

Islamabad is projected as a quaint essential-modern city of Pakistan, which has the singular distinction of being planned, as the capital, in a scenic environment in the foothills of Margalla. General (r) Ayub Khan, then president of Pakistan was instrumental in its creation, as he pressed the newly formed Capital Development Authority (CDA) to […]

A continent of 4.4 billion people, Asia covers about 30 percent of Earth’s total land area. It is home to a majority of the human population. Asia—a name dating back to classical antiquity— varies greatly across and within its regions with regard to ethnic groups, cultures, environments, economics, historical ties and governance. On the world […]