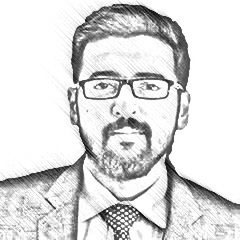 The writer is an old Ravian and currently studying law and policy. Can be reached at khirad777@gmail.com 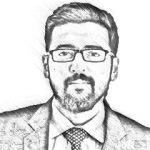 Last week, the Punjab Assembly in Lahore passed a bill named as ‘Punjab Tahaffuz-e-Bunyad-e Islam Act, 2020’ which leaves the Punjab government in a position in which it has unbridled authority to censor information on the grounds of it being ‘un-Islamic’ or ‘objectionable’. In a rare sighting, all three major parties in the Punjab Assembly, […]

Muhammad Ali Jinnah is among the very few people who could be at the high echelons among the most charismatic leaders that the world has ever seen. Due to his political wisdom and perpetual struggle, the Muslims of the sub-continent were able to achieve a separate state i.e. Pakistan. However, the people of this country […]

After two years of investigation, the Pennsylvania grand jury report exposed a shocking number of child sex abuses by over 300 priests. According to the report, Roman Catholic Church officials in Pennsylvania systematically covered up the molestation of around 1,000 children by more than 300 priests over the past 70 years. “We believe that […]

After months of nail-biting anticipation, US President Donald Trump finally held an historic meeting with North Korean leader Kim Jung-Un. Both countries have now stemmed in a phase of associations previously believed impossible. Interestingly, Singapore spent close to $15m to cover Kim’s overseas accommodation and security. International sanctions made it difficult for the supreme leader […]

Pakistan faces severe water scarcity and is at the verge of running out dry by 2025 owing to a dearth of water reservoirs and decline in the storage capacity of existing dams. It is clearly visible that the government did not attach significance to any matter pertaining to water, whether it be establishing new dams, […]