Last week, the Punjab Assembly in Lahore passed a bill named as ‘Punjab Tahaffuz-e-Bunyad-e Islam Act, 2020’ which leaves the Punjab government in a position in which it has unbridled authority to censor information on the grounds of it being ‘un-Islamic’ or ‘objectionable’. In a rare sighting, all three major parties in the Punjab Assembly, who are always seen to be at loggerheads with each other, were witnessed to be on the same wavelength when it came to voting and passing of the bill. The bill has made it obligatory that the name of Prophet Muhammad (PBUH) be preceded by the title Khatam-an-Nabiyyin or Khatam-un-Nabiyyin followed by ‘Sallallahu alaihi wasallam’ (darood) in Arabic text. When the bill got passed, the speaker of the provincial Assembly, Pervaiz Elahi, expressed his gratitude to the leader of the opposition party, Hamza Shahbaz Sharif, for his party’s support in legislating the bill. The Punjab chief minister was of the view that this bill will be a paragon in promoting inter-religious harmony. 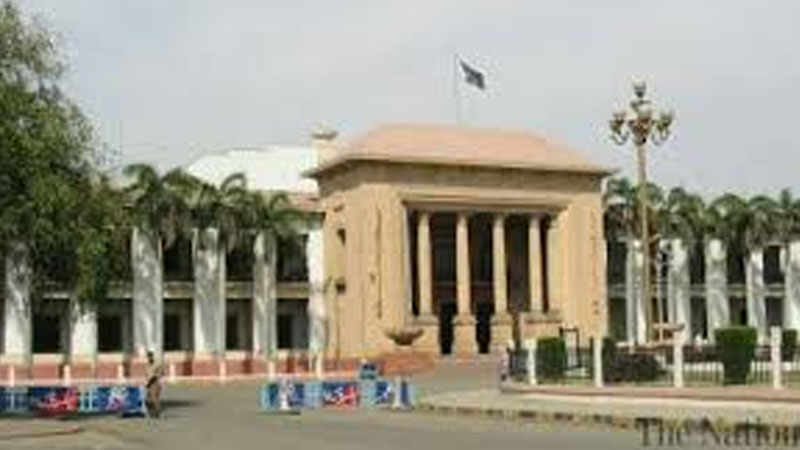 However, the bill is a source of consternation on a two-fold basis. Firstly, that it is an attack on the freedom of expression (Article 19) which deals with an individual’s right to express his views and engage in dialogue without fear of misplaced sanctions and state intervention, and secondly, that the state has interfered with the religious beliefs of its citizens by targeting the religious sentiments and beliefs (Article 20) of one of the sects of Islam present in Pakistan.

This bill is a stratagem to curtail the already shrunk freedom of expression, religious freedom and intellectual independence in the guise of protecting religion by censoring reading material published in and imported into the country. Banning publications and sale of books is an autocratic measure which will further deteriorate, hamper and discourage the critical thinking approach of the citizens. Section 3 of the bill contains various clauses that restrict the publication of certain material and some clauses are pretty pellucid, such as, no publication of any material which includes pictures of terrorists or of suicide bombers or where violence is glorified. However, one wonders why some sections of the bill are left ambiguous. For instance, section 3(e) is related to obscenity and prohibits the publication or distribution of ‘any material that is in conflict with commonly accepted standards of morality and decency…’ whereas the irony is, that those ‘commonly accepted standards’ lack any elucidation in the bill. This, in turn, means that the uncertainty of the clause grants the authority unfettered powers to put anything, which it deems appropriate, to be in conflict with those ‘undefined’ commonly accepted standards. It would be suffice to say that one of the main priorities of our Government is to suppress freedom of expression and critical thinking.

Meddling of the state in the beliefs and religion of the citizens and by establishing a trend of ‘Islam is in danger’, we have paved way for sectarianism as well as extremism and have utterly decimated the idea of Jinnah’s Pakistan

According to section 7 of the bill, the Director General Public Relations of the Government (DGPR) will have the power to visit and inspect the printing press, publishing house and book stores. He can also confiscate any book before or after its publication. Furthermore, the DGPR is empowered to refuse permission to print, import, or publish a book ‘if it is prejudicial to the national interest, culture, religious and sectarian harmony.’ In case of non-compliance of any of the provisions of the bill, the punishment may extend to five years imprisonment and fine which may extend to Rs 500,000. Mr. Umair Javed, a teacher of politics and sociology at LUMS, in his recent article aptly points to the pitfall of this state censorship of books that ‘Now students will suffer further from the denial of intellectual freedoms because someone much older sitting somewhere far removed from them deemed a particular book to be against their supposed values.’ This point is further buttressed by a recent instance in which children textbooks were banned on ludicrous grounds as containing the picture of a pig and including a quote from Gandhi.

The bill has also drawn outright condemnation from the Shia community. Although passed by the Punjab Assembly, the bill has infuriated the 22 million Shia Muslims present in Pakistan. Keeping in view Article 20 of the Constitution of Pakistan, the State is duty bound not to interfere where individuals have rights such as freedom to profess religion and in that very context, the Supreme Court of Pakistan in Province of Sindh v. MQM (PLD 2014 SC 531) elucidated the human rights law concept of negative rights by specifically holding that, “(Negative rights) also place a duty on the State not to interfere with the religious beliefs and ideologies of individuals.” The apex court while defining the scope of freedom of religion in a suo moto action case, cited as PLD 2014 SC 699, held that ‘Freedom of religion must be construed liberally to include freedom of conscience, thought, expression, belief and faith.’ Representatives of Shia organizations consider that the bill has targeted their basic faith and fans sectarianism and abomination. The Shia Ulema Council condemned and termed the bill as controversial. They also wonder that in the presence of the penal provisions e.g. sections 295, 298 and 502(2) of the Pakistan Penal Code, 1860 and terrorism laws in Pakistan, what prompted the legislators to go after this new piece of legislation.

Owing to such gigantic outcry, the Governor of Punjab, Chaudhary Sarwar, on Monday, refused to give his assent to the controversial bill by stating that the bill is of a sensitive nature and that it will become an Act after all the relevant stakeholders are on the same page. Thereafter, speaker of the Punjab Assembly, Pervaiz Elahi also guaranteed the resolve of the reservations of the Shia community over the bill.

Meddling of the state in the beliefs and religion of the citizens and by establishing a trend of ‘Islam is in danger’, we have paved way for sectarianism as well as extremism and have utterly decimated the idea of Jinnah’s Pakistan. Now, one thing is vividly clear that when it comes to alternative narratives or ideologies, we have a penchant for banning. Whether it is literature, applications, books, games or websites, the culture of banning is rampant in Pakistan. Various examples include the recent banning of the online game ‘PUBG’ for allegedly promoting violence, multiple warnings given to the mobile application ‘TikTok’ and the hint by the apex court of banning Youtube over derogatory language against judges. We must realize that banning a specific content would never solve the conundrum. In sophisticated societies, a problem is solved in a conducive way through debate and discussion, on the contrary, in our beloved Pakistan, banning the so-called problem is considered to be the panacea.

The writer is an old Ravian and currently studying law and policy. Can be reached at khirad777@gmail.com