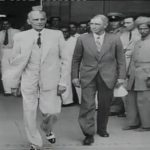 Since Pakistan’s inception in August 1947, the country’s foreign policy czars have focused on multilateral alliances that defined the course of its regional and international objectives for years to come by. From the perspective of both sceptics and optimists, the decisions taken during a considerable portion of the Cold War era remain debatable to the […]

When talking about the United Arab Emirates (UAE) what comes to a tourist or business traveller’s mind first? Two things, to be precise. The sprawling yet glamorous city of Dubai and Emirates Airline, a world-class aviation brand known across every corner of the globe. As a global travel enthusiast, Dubai is amongst my favourite holiday […]

It’s been over six months since the unceremonious ouster of the Imran Khan-led government, which remains adamant that it was removed under directions from the DC Beltway. Contrary to this, it seems that local power politics, stemming from historical tendencies, had a primary role as pointed out in an earlier piece of mine. One cannot […]

A massive reshuffle in the Foreign Office is in the offing as all the grade 22 positions in the Ministry are falling vacant and most of the grade 21 officers are being sent out on ambassadorial assignments. The much awaited posting plan is finally out whereby almost a dozen officers have been made envoys abroad. […]

The controversy over a planned imposition of a 35 per cent tax on foreign allowance for Pakistani diplomats posted abroad has gained much momentum in recent days. While concerns were raised with both political and administrative leadership, the Foreign Service of Pakistan (FSP) cadre is reeling with anguish and uncertainty, given how it was not […]

The government’s decision to give an executive allowance equivalent to 150 per cent of the basic salary for a select few divisions and ministries on and around Constitution Avenue and some other important offices has created great resentment amongst the unfortunate ministries that were ignored, such as the Foreign Office; especially at a time when […]

Not long ago, an article titled ‘The ultra right are turning our world into the last days of the Cabaret’ and published in The New European grabbed my attention which detailed the dystopian world we’re all heading toward if current trends continue without interruption. Written by British journalist Paul Mason, the article gave examples of […]

The dominance of the West under the influence of the United States is likely to sustain for a long time regardless of China’s rapid rise in the last forty years. It has much to do with technological prowess, cultural impact, cutting-edge military hardware and linguistic influence. The world may not be safer than before given […]

Ever since assuming charge as Pakistan’s foreign minister, Bilawal Bhutto Zardari has made a number of trips abroad to bolster ties with key allies and interact with global forums, such as the UN and the World Economic Forum (WEF). Most of these visits were aimed to elicit support for Pakistan’s viewpoint on major issues and […]

People often claim that Pakistan is at a critical juncture whenever a political or foreign policy crisis hovers over like a dark cloud. But hasn’t the country always been in a constant tug of war between stability and a plethora of crises? The past ten or so years alone tell us why firefighting has become […]