My tribute to Emirates Airline

When talking about the United Arab Emirates (UAE) what comes to a tourist or business traveller’s mind first? Two things, to be precise. The sprawling yet glamorous city of Dubai and Emirates Airline, a world-class aviation brand known across every corner of the globe.

As a global travel enthusiast, Dubai is amongst my favourite holiday destinations and the primary stopover route for connections to Europe and North America thanks to Emirates’ top-notch passenger and customer care services. The airline’s been my key aviation companion across several global cities such as Los Angeles, New York City, London, Frankfurt, Rome and Geneva. From Airbus A330 in childhood to Boeing 777-300ER and the mighty Airbus A380 during adulthood, Emirates has served me well in both economy and business class alongside its partner airline JetBlue for domestic American routes which I personally consider the ‘Emirates Airline of the United States’.

The quality of entertainment offered in Emirates’ inflight system called ICE is unbeatable owing to an endless number of films, music and shows to select from. Over the years, the content library has increased manifolds with digital widescreen and USB-C sockets inducted in newer fleets. Even the onboard Wi-Fi services have improved in quality to a great extent when compared to the initial years. As a synth/new wave and soft rock music connoisseur, I always listen to to1980s songs which transform me into a euphoric world during take-off and landing.

Whereas, the cuisine is nothing short of five-star quality whether in the economy or business class as per my experience. Both classes have a specific set of menus for all routes with dietary options available at no extra charge for pre-bookings. But of course, the business takes the lead for its expanded menu with fine dining services. Cabin crew hospitality is of excellent standards in all classes with a diverse range of nationalities serving across the airline’s ever-expanding network of around 160 destinations.

Not only this, the airline’s hub, Dubai International Airport, resembles a small city on its own, especially after the inauguration of Terminal 3 some 14 years ago which was designed to handle the A380. Duty-free shops, restaurants and dedicated lounges provide a seamless experience for transiting passengers around the clock which doesn’t make one feel alone at all. Passport control for the departures section has become almost contactless in recent years due to the induction of smart biometric gates that allow passengers from a select number of countries to breeze through. However, there are still some limitations when it comes to arrivals which are primarily handled by immigration officials for non-resident passengers.

Under the visionary leadership of H.H. Sheikh Mohammed bin Rashid Al Maktoum, the Vice President and Prime Minister of the UAE, Dubai’s worldwide prominence as an aviation, commercial and tourism hub is a marvellous feat that resulted in it being nicknamed the ‘Manhattan of the Middle East’. The Emirates Group has truly played a pivotal role in this regard without whom the city’s tourism sector may not have achieved new heights of success.

The writer is Editor (SpecialReports), Daily Times. He tweets @mhassankhan06 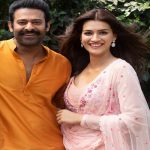 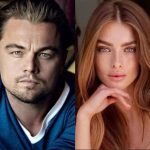 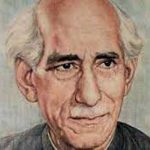 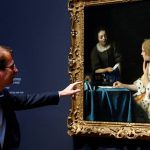 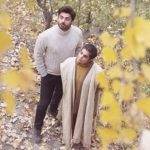