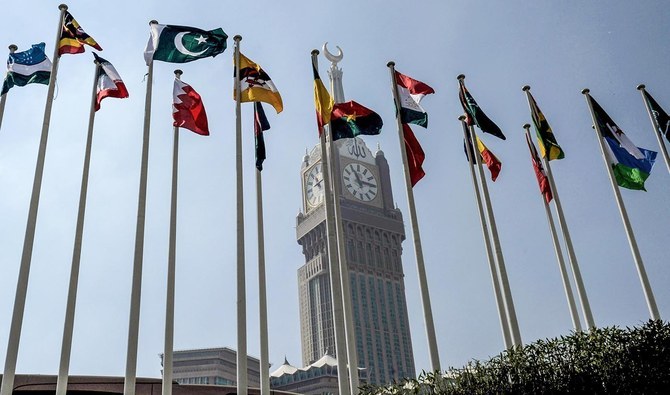 UNITED NATIONS: Pakistan’s Foreign Minister Bilawal Bhutto Zardari Monday urged the OIC to approach the UN Secretary-General to appoint a special envoy – or at least a focal person – on Islamophobia, which, he said, had reached an alarming level worldwide, especially in Europe.

“What is most worrisome is that Islamophobia continues to find strong resonance in political spheres in Europe, ultimately leading to the institutionalization of Islamophobia through new legislations and policies such as discriminatory travel bans and visa restrictions,” the foreign minister told a meeting of the OIC Contact Group on Muslims in Europe held on the sidelines of UN General Assembly’s 77th session.

The UN General Assembly last year adopted the landmark resolution, introduced by Pakistan on behalf of the Organisation of Islamic Cooperation (OIC) countries, designating March 15 as the International Day to Combat Islamophobia.

“The momentum generated by this resolution should be maintained,” FM Bilawal said. “Today, one of the worst manifestations of such Islamophobia is in Hindutva-inspired India,” he said, adding, “Driven by the ideology of hate against Muslims, the (ruling) BJP-RSS regime is executing its century-old plan to obliterate India’s Islamic legacy and to transform India into an exclusive Hindu state.”

Noting that the rise in hate crimes against the Muslims in Europe are well documented, FM Bilawal said, “The gender aspect of Islamophobia is also gaining prominence, with Muslim girls and women being targeted due to mode of their dress and the general notion that Muslim women are oppressed and thus must be ‘liberated’.”

In this regard, he proposed:

1. OIC needs to further strengthen the OIC observatory to monitor all such incidents of discrimination and hate crimes in Europe and other parts of the world;

2. OIC should call on the UN High Commissioner for Human Rights and the Human Rights Commissioner of the Council of Europe to establish an observatory to monitor acts of religious hatred, hostility and violence against Muslims, and report regularly to the relevant policy organisations;

3. OIC should urge the UN secretary-general to appoint a special envoy or at least a focal person on Islamophobia, and,

4. The OIC member states, within the framework of their bilateral relations with European countries, should raise the challenges facing Muslims and make specific efforts to help in addressing those challenges.