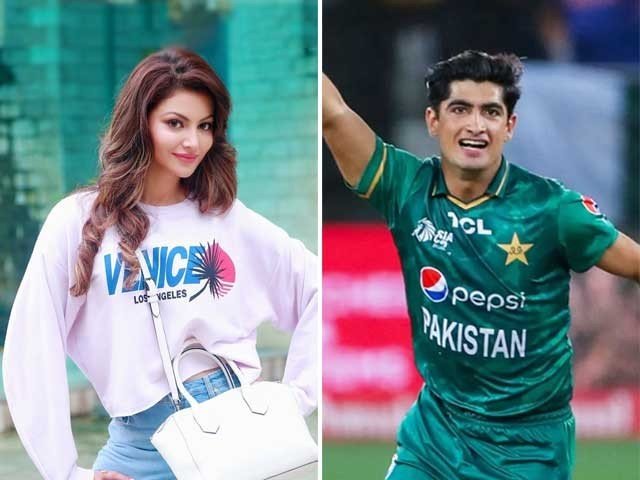 Surprisingly, Bollywood actress Urvashi Rautela “unfollowed” Pakistani cricketer Naseem Shah on Instagram after he claimed to know nothing about her.

Online rumours were rampant due to the attention that both celebrities had previously garnered for their rumoured relationship. However, Shah shocked everyone online, including Rautela, when he revealed something in an interview.

Urvashi immediately cleared the air and responded on her Instagram. The Bollywood actress claimed that her team posted a fan-made video without her knowledge. She wrote: “Couple of days back, my team shared all fan-made cute edits (around 11-12) without any knowledge of other people involved in it. Would kindly request the media to not create any sort of news. Thanking you all love you.”

Urvashi was following Naseem but when people saw it & it goes viral then she unfollowed him! 😂#NaseemShah #UrvashiRautela pic.twitter.com/3ESAmOWDGs