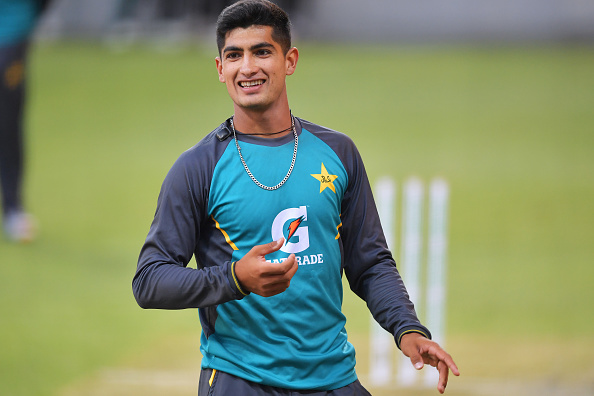 The father of Pakistani bowler Naseem Shah, who helped the Green Shirts defeat Afghanistan and advance to the Asia Cup final, has revealed some intriguing information about his son.

While speaking to a private news channel, Naseem’s father said: “I beat Naseem many times for playing cricket, asking him to focus on his studies instead.”

He said that Naseem had completed his education to the tenth grade and that he had wished for him to seek employment abroad.

The pacer’s father continued by claiming that everyone was happy for Naseem when he joined the national team. “None of us supported Naseem, only his brother would secretly give him money,” he said.

“When his mother was alive, he used to say that one day I will play for Pakistan. We used to laugh saying how will a man from Dir join the Pakistan team,” Naseem’s father revealed.

Naseem’s father stated the pacer misses his mother a lot and considers her to be possibly his biggest fan.”He thinks of her and cries a lot. He says if mother was here, she would have been very happy to see me in the Pakistan kit.”

“Earlier, I didn’t know what cricket was, what bowling and batting was. I found out when my son went [to play for Pakistan],” he added.

In response to Urvashi Ratela reportedly posting an edited video showing her along with Naseem, his father said: ” I have seen it, but I don’t know what is true and what is false. I have no idea about this at all.”

Speaking about Naseem’s marital plans, he claimed that he had discussed them with his son, who responded that he has no plans to wed anyone for the next four to five years.