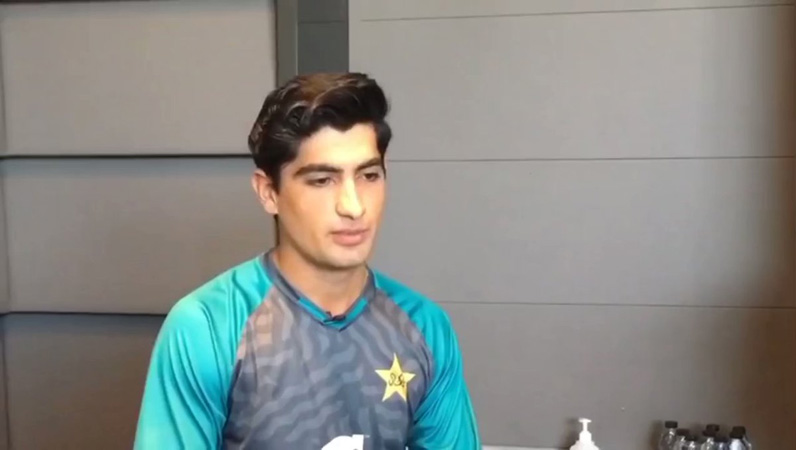 Pakistan pacer Naseem Shah said he does not know who Bollywood actor Urvashi Rautela is. Urvashi Tautela posted the clip which was was a screen recording from the highlights of Asia Cup fixture between Pakistan and India in Dubai. The first frame of the edited video showed the fast bowler smiling while the second frame showed Urvashi Rautela returning the smile. The clip ended with them smiling at each other. Naseem Shah, speaking about the video, said he does not know who or what Urvashi Rautela is. The fast-bowler said he does not know about the edited video. “I don’t know about it as such,” he said. “I perform on the field and people send such videos. I have no idea about it. I am thankful to those who watch matches in the stadiums. I like it when they come and cheer for whoever they like. “I am not something special and there is nothing special about me. But I am thankful to Almighty Allah that people like me.” Urvashi Rautela is not the only celebrity who was swooned by Naseem Shah. Surbhi Jyoti praised Pakistan pacer Naseem Shah for his heroics against Afghanistan in the Asia Cup 2022.