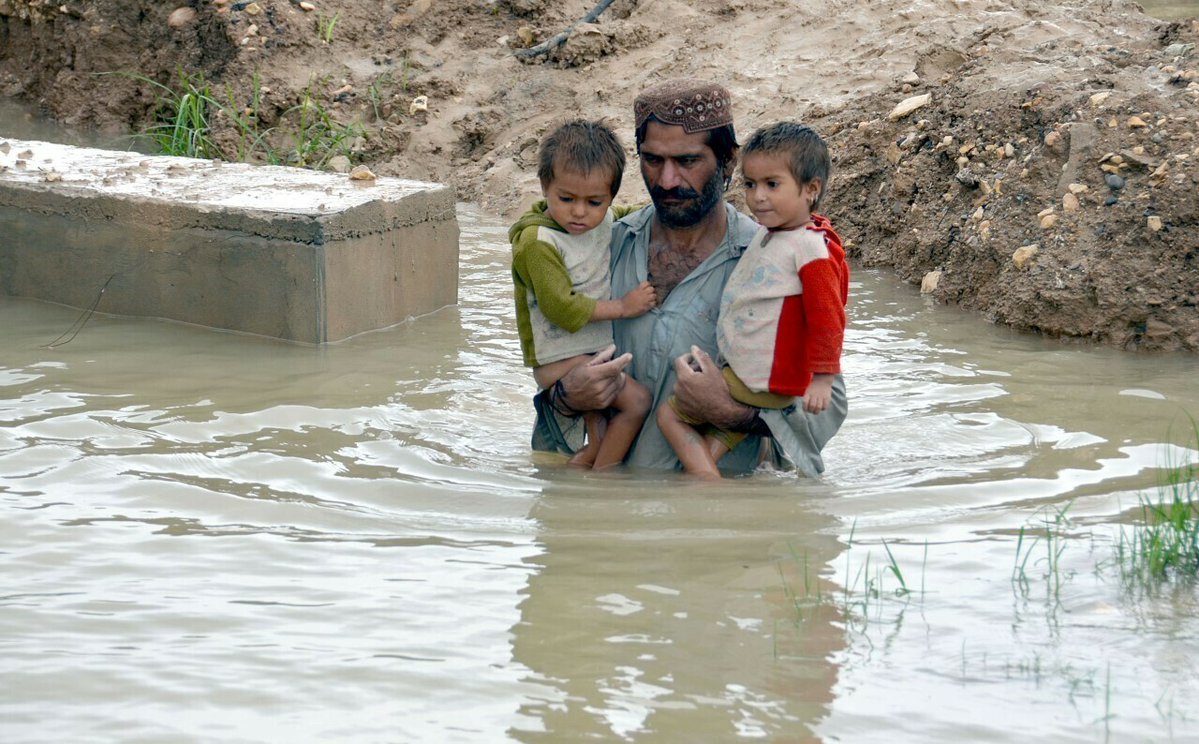 ISLAMABAD: The monster monsoon floods across the country on Friday continued claiming further lives and inflicting losses to property as the total death count in various incidents reached 1,208 with 19 more deaths in past 24 hours and 1,256 individuals got injured since the onset of the rainy season.

The heavy rains and flash floods caused deaths of three women and injured two children of Balochistan whereas further details were to follow. In Khyber Pakhtunkhwa, four people perished due to house collapse in various districts including a man and a woman in Lower Dir, a man in Chitral, and a man in South Waziristan.

However, two people were reported as injured including two men in Lower Dir due to house collapse. In Balochistan, three routes were blocked due to landslides and high flow of water including the M-8: (100–140 km) as land sliding occurred in 24 Km Long section of Wangu hills, N-65 Pinjra Bridge (Bolan River) 45 meter span washed out by flash floods and N-35 blocked at 3 locations KM 288 (Zaid Khar Nalla) Upper Kohisitan.

In Khyber Pakhtunkhwa, two connectivity routes were blocked including N-95: (Madyan) blocked at Behrain – Laikot (27 km) and Laikot – Kalam (8km), N-50 was open for traffic except breached section of Sagu bridge whereas preparation of approaches on both sides of Sagu bridge was in process.

The railway tracks blocked in Balochistan include Quetta to Taftan, Balochistan – Sindh’s Quetta to Sibbi to Habibkot, in Punjab- Sindh Hyderabad to Rohri to Multan and in Sindh Kotri to Lakhi Shah to Dadu were submerged underwater.

The Armed Forces Army aviation undertook 864 sorties and rescued over 15,000 stranded persons and distributed of 1,476 tons of food and relief items among flood-affected people, sent 3,690 tents, 20,000 liters of water, set up 253 free medical camps where 23,436 patients were treated and 147 relief camps were established.