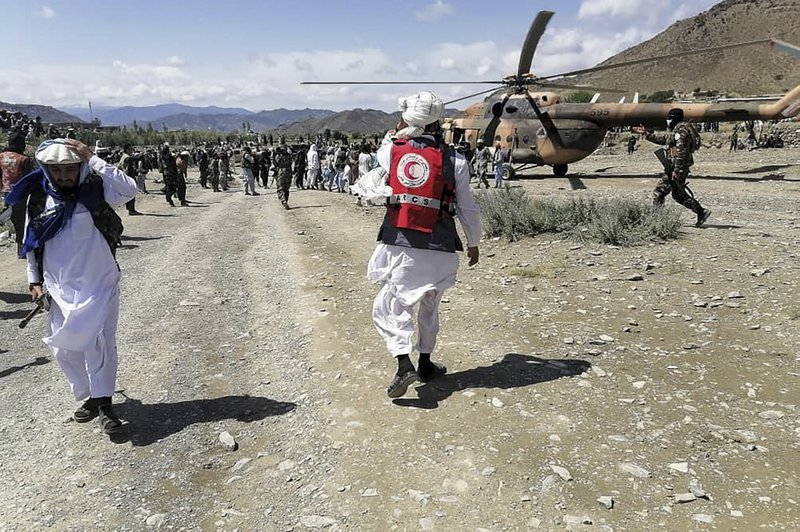 Entire villages have been levelled in some of the worst affected districts, where survivors said they were struggling to find equipment to bury their dead.

“When I came out of my house it was quiet because all the people were buried under their homes. Nothing is left here,” said 21-year-old Zaitullah Ghurziwal.

Afghanistan’s deadliest earthquake in more than two decades poses a huge logistical challenge for the new Taliban government, which has isolated itself from much of the world by introducing hardline rule.

“Getting information from the ground is very difficult because of bad networks,” Mohammad Amin Huzaifa, head of information for badly hit Paktika province, told AFP Thursday.

“The area has been affected by floods because of heavy rains last night… It is also difficult to access the affected sites.”

The aid-dependent country saw the bulk of its foreign assistance cut off following the Taliban takeover last August, and even before the earthquake the United Nations warned of a humanitarian crisis that threatened the entire population.

According to his office, refugee agency UNHCR has dispatched tents, blankets and plastic sheeting; the World Food Programme has delivered food stock for about 14,000 people in Paktika province; and the World Health Organization has provided 10 tonnes of medical supplies sufficient for 5,400 surgeries.