Monkeypox may persist in body for 10 weeks, even after rash fades: Study 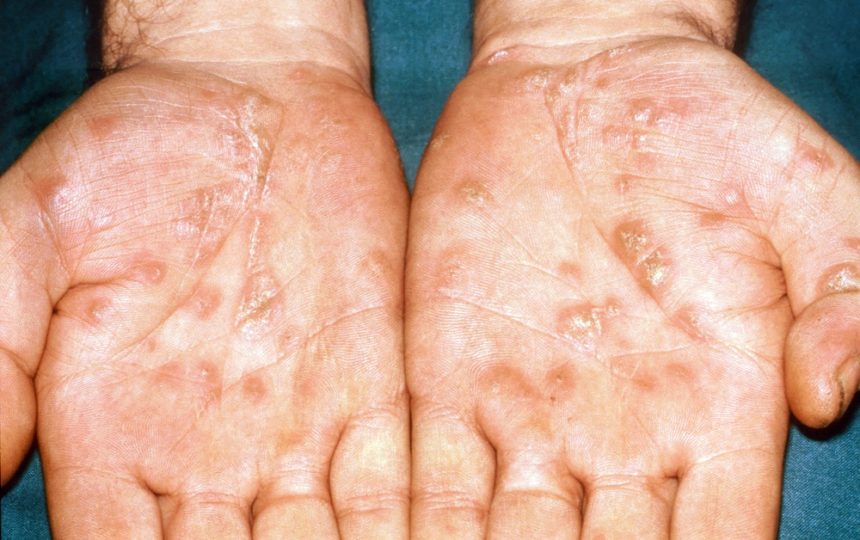 ISLAMABAD: Monkeypox virus may persist in the body for 10 weeks, even after the tell-tale rash has disappeared, according to a retrospective study published in the journal Lancet Infectious Diseases. The finding, led by a team of researchers from Liverpool University Hospitals, is based on an analysis of the UK’s seven previous cases, who were struck down between 2018 and 2021.

According to the research, one of the UK’s seven previous cases – a man in his 40s, who caught monkeypox in Nigeria before being hospitalized in the UK – still tested positive 76 days after first falling ill, Daily Mail reported. The man, who wasn’t identified, was given the all clear and sent home from hospital a few weeks after being struck down with the virus . Six weeks later,  the first time after his illness, his virus came back, the doctors claimed. The man told doctors how his lymph nodes had swollen in size, researchers wrote in the paper.

This swelling came with pustular skin lesions, characteristic of monkeypox. Subsequent PCR tests of the lesions and his throat came back positive for the virus. But the man’s relapse was short and he was ‘otherwise clinically well’, the report said. Although the study reported detection of monkeypox virus in blood and throat swabs, lead author Dr. Hugh Adler from the Hospital said they were “surprised” that the virus could linger in the throat and blood “for that length of time”.

“It remains positive in the throat and blood for the length of the illness and maybe even longer after the rash,” he was quoted as saying.

Traditionally, monkeypox patients are considered infectious while they have the characteristic rash and lesions, which tend to scab over and fall off after a few weeks. The man did have a second rash, which likely means he was infectious again, the report said. Other patients tested positive for monkeypox on PCR tests up to four weeks after their rash disappeared. No other patients experienced a relapse. Dr Adler warned more research was needed to confirm whether the virus could be transmissible after the hallmark rash has disappeared, the report said.

“We don’t, in our paper, see any signal these patients are infectious for longer than the rash persisted. But it is a very notable finding that has not been demonstrated before that changes our understanding of how the disease works,” he added.

Monkeypox has for the first time been widespread in countries, where it is not typically found. The current outbreak has affected nearly 300 people, spread across more than a dozen countries.