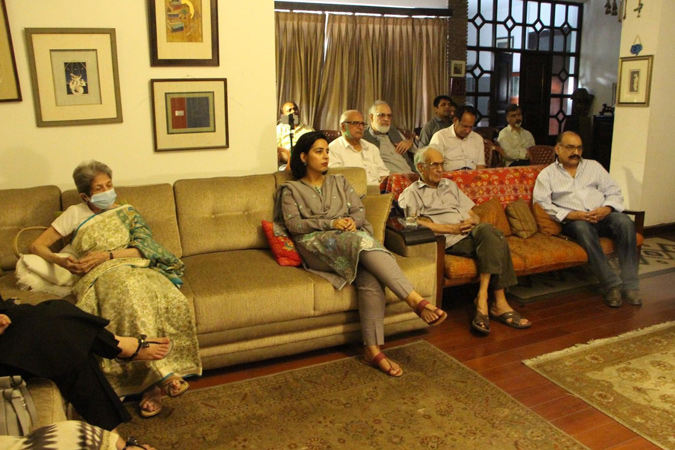 Lahore, the cultural capital of sub-continent gave Sahir his first poetry book Talkhiyan, Amrita Pritam’s romance with Sahir blossomed in Lahore and his bonding with peers like A Hameed, Ibn-e-Insha, Fikar Taunsvi, Qateel Shefai, Hameed Akhtar and Sadaat Hasan Manto remained integral part of Sahir’s Nostalgia in Bombay where he passed his later life as a leading film lyricist. 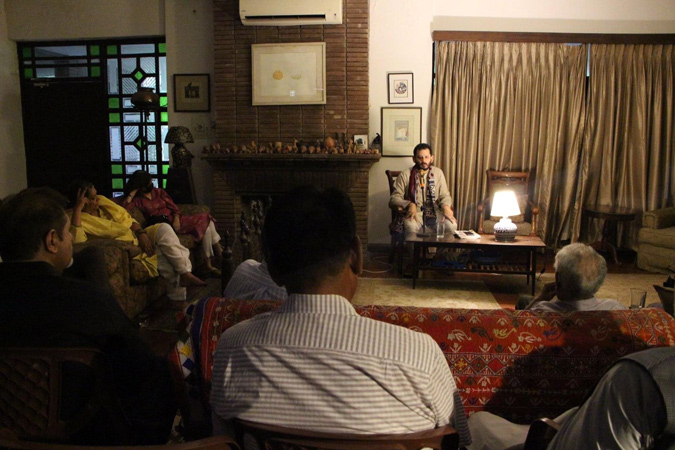 He gave a deep insight of Sahir’s life, his residence at Abbot Road near Lakshmi Chowk Lahore, his life style, philosophy of life. Raza mentioned the struggle behind publishing his first poetry collection “Talkhiyan” which later became best seller poetry book and how film makers use to keep its pocket edition in their pockets.

Raza Naeem described that Sahir came to Lahore at the age of 21 when he was expelled from college in Ludhiana for romancing a girl. Young and heartbroken Sahir headed Lahore cosmopolitan city and cultural hub of subcontinent at that time. Sahir stayed with A Hameed, Ibn e Insha, Fikar Taunsvi at Abbot road and started his struggle as a poet. Although his poems were quite popular but nobody was agreed to publish its poetry collection.

While shedding light on one of Sahir’s enduring poems Taj Mahal, Raza Naeem narrated that poem displays a unique consciousness about a cultural and civilizational asset and is also an outstanding in terms of its impact.

Sahir Ludhianvi made his place among Urdu Progressive poets with Taj Mahal.

The talk was well attended by lovers of history, art and poetry. Secretary to THAAP Ar Mehreen Mustafa and Hosts of the evening Professor Pervaiz Vandal and Professor Sajida Vandal thanked the speaker Raza Naeem for presenting well informative and rich session.