* Deal to be mutually beneficial 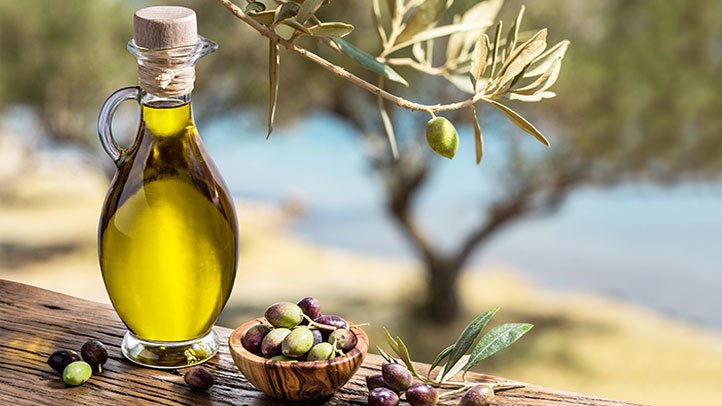 In addition to market, Pakistani farmers need Chinese agricultural technology and investment. Syed Yousaf Ali, a farmer with a 100-acre estate said that he is now using a Chinese machine that picks olives of different sizes. “Compared with other agricultural machines around the world, Chinese machines are inexpensive.”

Farhan Pasha, the scientific officer in charge of the olive program at the Barani Agricultural Research Institute, on the other hand, talking to China Economic Net (CEN) hoped to cooperate with China in terms of cold-pressing technology, pest control and other agricultural technologies.

Against the backdrop of successful cultivation of cash crops such as chili peppers, a joint venture between China and Pakistan for olive cultivation and processing is also a viable solution. Dr. Ramzan Ansari believes that it would be a win-win result for both countries if they receive assistance from China and start production here.

On a macro level, the cooperation between the two countries in the olive industry holds even greater potential. Dr. Ramzan Ansari suggested that some areas with high agricultural potential, including the Potohar region, could become exclusive agricultural zones under the China Pakistan Economic Corridoor (CPEC).

Pakistan’s nascent olive oil industry, although a late starter, has played a visible role in Pakistan’s food security and even economic recovery, as Inam ul Haq said, “If we can stop importing olive oil and make ourselves self-sufficient, then it will be an olive revolution for us. ”

Pakistan’s annual vegetable oil consumption amounts to 5m tons, while the share of some less-consumed vegetable oils such as mustard oil is about 400,000 tons. 30pc of the demand is satisfied by domestically produced oilseeds, while the remaining 70pc is met by imports. Due to the increase in import prices, it is a severe test for Pakistan’s foreign trade deficit and foreign exchange reserves.

Pakistan, which has a large area of land suitable for growing olive trees, has been producing olive oil since 2010 with the help of countries such as Italy and Spain. Currently, it produces about 1,500 tons of olive oil and 830 tons of table olives per year, all of which are consumed domestically. Pakistan has set a target of producing 16,000 tons of olive oil by 2027.

Syed Yousaf Ali has been growing olives since 2006. In his opinion, the olive tree has low requirements of land.

Another farmer, Malik Shafiq, described the olive tree as a “tough plant”. It was an uneven wasteland when he started planting it a decade ago. “It is not affected by the worst weather conditions. It can grow in the wasteland, and the cost is half that of other crops.”

Farhan Pasha said that the main areas in Pakistan fit for olive cultivation are Balochistan, Khyber Pakhtunkhwa (KPK) and Punjab, in addition to Azad Jammu and Kashmir (AJK) and Gilgit-Baltistan (GB). Pakistan has 10m acres of land suitable for olive cultivation, which is almost twice as much as Spain, the world’s largest olive oil producer. As olive trees are able to survive in dry, arid conditions not fit for other crops normally, they don’t compete with other fruit trees, grain crops or oil crops in these areas.

To encourage olive cultivation, the Pakistani government has planned to issue olive oil marketing and branding certification to the private sector. The goal of it is to plant over 50,000 acres in the country by 2022. Now, Pakistan is the only South Asian country to be included in the International Olive Council.

Inam ul Haq, who works as a horticulturist at the Barani Agricultural Research Institute in Chakwal, said that the local government has spared no efforts to subsidize olive cultivation. “Since 2015, the Punjab government has been providing subsidies to local gardeners to turn the Potohar region into ‘Olive Valley’, that is, providing olive saplings free of charge for plantation.”

In the past five years, nearly 1.4m olive trees have been planted in Potohar region, covering almost 9,000 acres of land. The project has made use of less fertile and undeveloped land. In addition, the government has offered up to 70% subsidy on the installation of solar power systems and nearly 60% subsidy on drip irrigation systems, with an estimated 800 families getting benefits and turning their less fertile land into olive groves. The government has also provided 50% subsidy to agricultural machines that may be needed during harvest seasons, such as shakers.

The advantages of growing olive trees are obvious. On the one hand, they can meet local demand for edible oil while reduce trade deficit, on the other hand, they mitigate climate change and effectively address the challenge of water security. It is no wonder that provincial governments have introduced subsidies to encourage olive cultivation.

Due to its favorable climate and geographical location, the quality of olive fruit produced in Pakistan is among the best around the world despite its late start. According to Inam ul Haq, the quality of olive oil produced locally in Pakistan is almost the same as that of well-established olive producing countries. Farhan Pasha said that Pakistani olive oil from Quetta won the highest grade at a recent competition held in Italy.

At present, there are several traditional methods used in the harvesting of olive fruits, including knocking, hand harvesting and chemical ripening harvesting. In Pakistan, hand harvesting is mainly adopted. We’ve seen other countries have adopted mechanical harvesting, but we haven’t,” said Malik Shafiq.

Dr. Ramzan Ansari, who is in charge of olive research at the Barani Agricultural Research Institute, sees agricultural machines are what Pakistan lacks.

“Marketing is a completely different sector. A farmer can’t do everything by himself. What he can do is either marketing the product or adding value by processing the fruit. If business investors enter this sector and do value-added production and then marketing, it can make positive contribution to this sector and the society,” Syed Yousaf Ali said.