Pakistan, Uzbekistan to foster cooperation in the science and technology sector 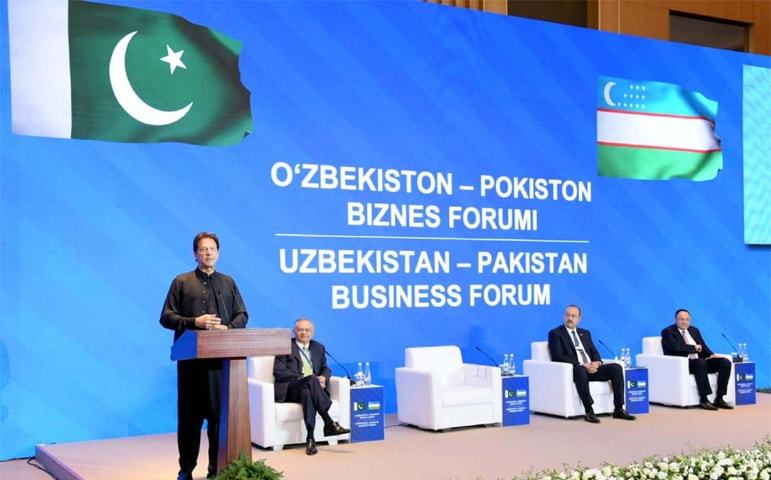 ISLAMABAD: Coordinator General COMSTECH, Prof. Dr. M. Iqbal Choudhary in a meeting with the Ambassador of the Republic of Uzbekistan, Mr. Oybek Arif Usmanov in Pakistan held here on Friday agreed to enhance cooperation in the field of science and technology through initiating various schemes.

The dignitaries had a comprehensive discussion on exploring possible avenues of cooperation between COMSTECH and Uzbekistan in 2022, and 2023, respectively. The Ambassador appreciated the role of COMSTECH and the passion of Prof. Choudhary for the development of science and technology in the OIC region.

Speaking on the occasion, Prof. Choudhary briefed the Uzbek Ambassador about COMSTECH programs’ contribution to Uzbekistan and joint initiatives conducted in the past, and informed him on current programs and future planned initiatives of cooperation between COMSTECH and Uzbekistan.

The dignitaries discussed the organisation of 2nd OIC robotics competition and Olympiad in mathematics in Uzbekistan.

They also discussed conducting global celebrations of Mirza Muhammad Ulugh Beg-renowned astronomer and mathematician- by organizing series of events including a large international conference, jointly by COMSTECH, OIC General Secretariat and the Government of Uzbekistan in 2024.

They exchanged ideas on the establishment of a centre on information technology and artificial intelligence for OIC, and the training of managers of science and technology parks in Uzbekistan.

Both the dignitaries agreed to enhance cooperation and work together to implement the above mentioned programs.