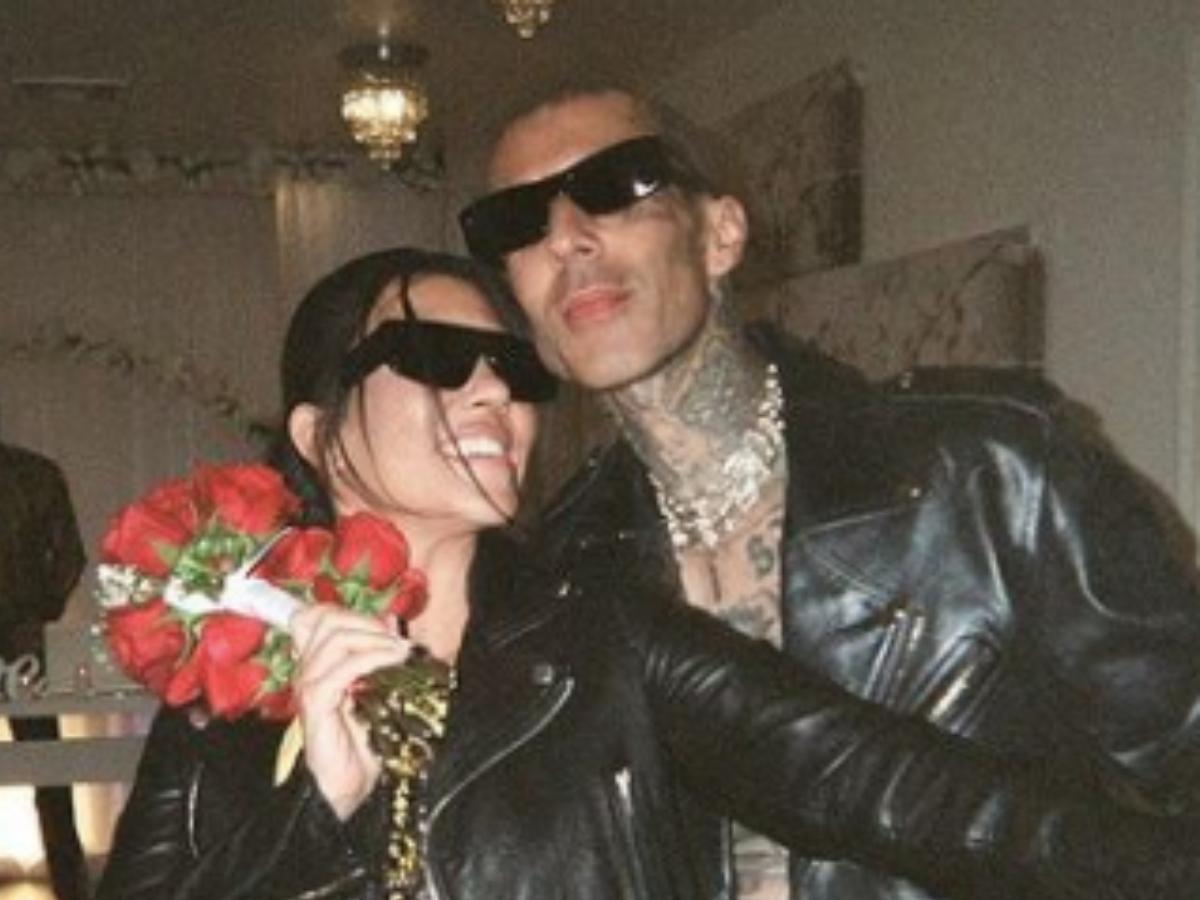 Kim Kardashian has revealed that she initially missed Kourtney Kardashian’s wedding to her partner Travis Barker and found out her sister had got married in Las Vegas via a message shared in the family’s group chat. Kim, along with her sisters Kourtney, Khloé and Kendall as well as their mom Kris Jenner, recently appeared on Jimmy Kimmel Live! on Wednesday evening ahead of the premiere of their new Hulu reality series The Kardashians.

Following Kim’s shocking revelation that she was sleeping during the ceremony, host Kimmel asked the rest of the Kardashian-Jenner family if they attended the wedding, “did the rest of you know that it was happening?”

Kris responded, “I knew and Khloé knew.” Khloé also revealed that she had been virtually present, explaining that she was on “FaceTime.”

The SKIMS founder also explained that found out the news via text message shared on the group. “She put it in the group chat,” Kim continued. “Like, ‘Oh, hey guys, by the way…I got married last night!’ And I woke up to like, a million texts.”

Kourtney, 42, and Barker, 46, had a spontaneous wedding ceremony at a Las Vegas wedding chapel following Sunday’s Grammy Awards. The couple exchanged vows in front of an Elvis impersonator.