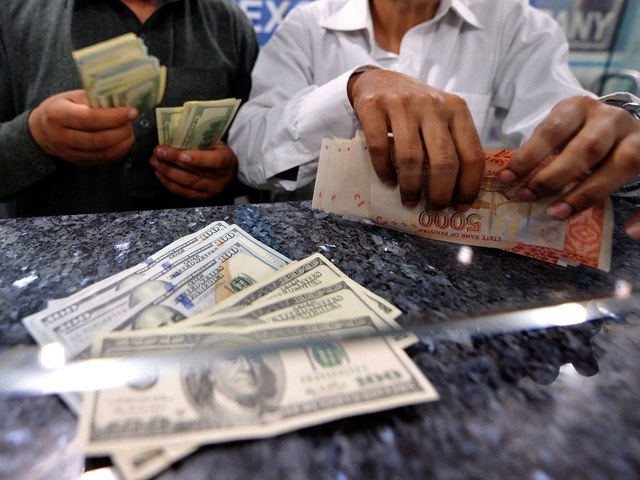 KARACHI: The Pakistani rupee surpassed all records on Thursday, selling at above Rs189 against the dollar in the interbank market during intra-day trading, to continue down a slide that has seen it lose more than 10% since March 4 in the wake of the deepening political crisis in the country.

The local currency was trading at Rs189 in the interbank market, down Rs2.22 from Wednesday’s close of Rs186.13.

The rupee has continued a non-stop downward streak for the 17th successive working day, except on March 24 when it closed flat compared to the previous day’s closing as investors worried about the political situation and economy, adding pressure on the central bank to rescue the falling currency.

The recent round of depreciation emerged after the political crisis deepened in the country which also created problems for the importers in arranging dollars to make payments; however, SBP remains silent over the current exchange rate situation.

In times of currency depreciation, traders’ guidance triggers panic buying in the market.

They convince importers to buy more in a short period to make their payments so this unnecessary demand creates a shortage of dollars in the market.

At the same time, they advise exporters to not sell dollars and hoard it in anticipation of further depreciation, which weakens the greenback supplies.

The State Bank of Pakistan (SBP) had adopted a flexible market-based exchange rate regime in 2019.