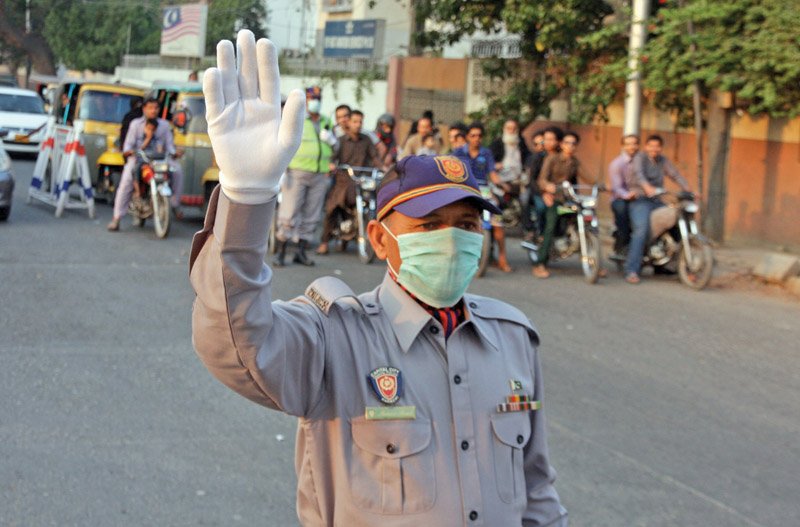 Deputy Inspector General of Police (DIG) Traffic Ahmed Nawaz Cheema has written a letter to the AIG Karachi reminding him that the traffic officials have stopped issuing challans to violators two months back.

“We were observing the entire situation and during the past two months, the traffic flow in the city has witnessed improvement,” he said and however added, “Violations from commercial vehicles, double lane parking and other violations continued during the period.”

The facility to bar traffic challans was misused and therefore keeping in view the situation it has been decided to reissue challans in the city, DIG traffic said.

He added that previously 1,000 officials were involved in challan process, however, this time only 350 officials will perform the task.

“ASI to inspector rank officials will only be allowed to issue challans,” he said and added that the challans will be reissued once the permission is granted from the AIG Karachi Ghulam Nabi Memon.

During the first meeting after his appointment, the AIG Karachi issued directives that only section officers will be entitled to issue traffic challans against the violators. “The sub-ordinate staff will no longer be allowed to issue traffic tickets,” he said.