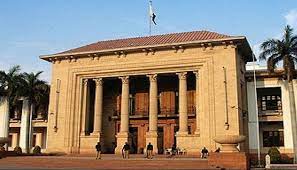 LAHORE: The Punjab Assembly session will be held on April 16 (Saturday) at 11:30 am.

According to a press release issued here on Wednesday, the Punjab Assembly Secretariat, in detail, reviewed the fake order issued yesterday with the signature of Deputy Speaker Dost Muhammad Mazari to summon the assembly session on April 6 at 7:30 pm.

After its detailed review the Secretariat came to the conclusion that no diary number is mentioned on the order which is very essential for any such important document.

Under such circumstances it has been decided that delegated powers to the Deputy Speaker Dost Muhammad Mazari should be withdrawn under rule 25.

Later, the Assembly Secretariat issued an order to withdraw the powers earlier delegated to the Punjab Assembly Deputy Speaker under rule 25.