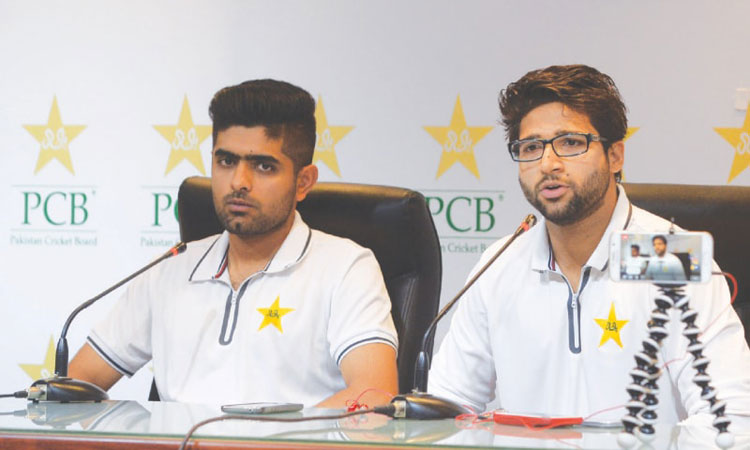 LAHORE: After dominating in the one-day international series against Australia, Babar Azam has retained his top spot while Imamul Haq has gained several positions to reach No.3 in the ICC Men’s ODI Player Rankings for Batsmen. Pakistan skipper Babar has consolidated his No.1 ODI batsman status. Babar smashed back-to-back centuries against Australia and made 276 runs during the three-match series at an average of 138. Pakistan left-hander batter Imam is the biggest mover in the ODI rankings. His top form against Australia in the recently concluded ODI series has helped him move up seven spots to No.3. Imam remained the highest run-getter of the series, scoring 298 runs in three matches at a stellar average of 149. Meanwhile, Australia skipper Aaron Finch who has recently struggled to find his rhythm has slipped three spots to No.10. Travis Head who made full use of the opportunity to open innings for Australia, managed to gain five spots to No.34. New Zealand batter Tom Latham moved up three spots to No.25 after an unbeaten 140-run knock against the Netherlands in the second ODI. His teammate, Ross Taylor, who played his final international match against Netherlands on Monday, slipped three spots to No.6. In the bowling charts, Shaheen Afridi after his recent performance against Pakistan has made huge gains to make it into the top 10. Shaheen gained eight spots and now stands at No.7 on the list topped by Trent Boult.

Australia leg-spinner Adam Zampa after the ODI series against Pakistan has slipped five spots and now stands outside the top 10 at No.14. Netherlands’ left-arm pacer Fred Klaassen picked some crucial wickets during their series against New Zealand helping him gain 23 spots to No.55. Meanwhile, New Zealand spinner Ish Sodhi also climbed five spots to No.37. There are no significant movements in the all-rounders’ chart, with only Colin de Grandhomme and Mitchell Santner swapping positions within the top 10. Grandhomme moved up one rank to No.6 in the list topped by Shakib Al Hasan.

ICC Test Rankings:South African captain Dean Elgar after smashing two half-centuries in the first Test against Bangladesh is one of the players to gain a few spots in the latest ICC Men’s Test Player Rankings. Elgar’s scores of 67 and 64 in the opening Test have seen him moving up three spots, up to No.13.

Another star performer from the match was Mahmudul Hasan Joy, who became the first Bangladesh batter to score a Test century against South Africa. His maiden century in just his third Test helped him jump thirty-seven spots to No.66. Meanwhile, there aren’t any changes in the list of the top 10 batters, with Australian Marnus Labuschagne still sitting at the top, followed by his fellow countryman Steve Smith and New Zealand captain Kane Williamson in the third position. In the bowling charts, Australia captain Pat Cummins still tops the list followed by India duo Ravichandran Ashwin in the second spot and Jasprit Bumrah in the third. Kagiso Rabada, who is unavailable for their home Test series against Bangladesh, slipped one spot down and now stands at No.4, along with Shaheen Afridi who made a one-spot jump. South Africa spinner Keshav Maharaj after his heroics in the first Test match against Bangladesh has moved up two spots to No.28, after registering figures of 7-32 in the second innings. Bangladeshi spinner Mehidy Hasan also gained four spots to join Chris Woakes at No.31 after figures of 3-94 and 3-85 in the Durban Test. The all-rounders’ chart remained unchanged with no significant gains. India all-rounder Ravindra Jadeja maintains his top spot, followed by Ashwin at No.2 and Jason Holder at No.3.