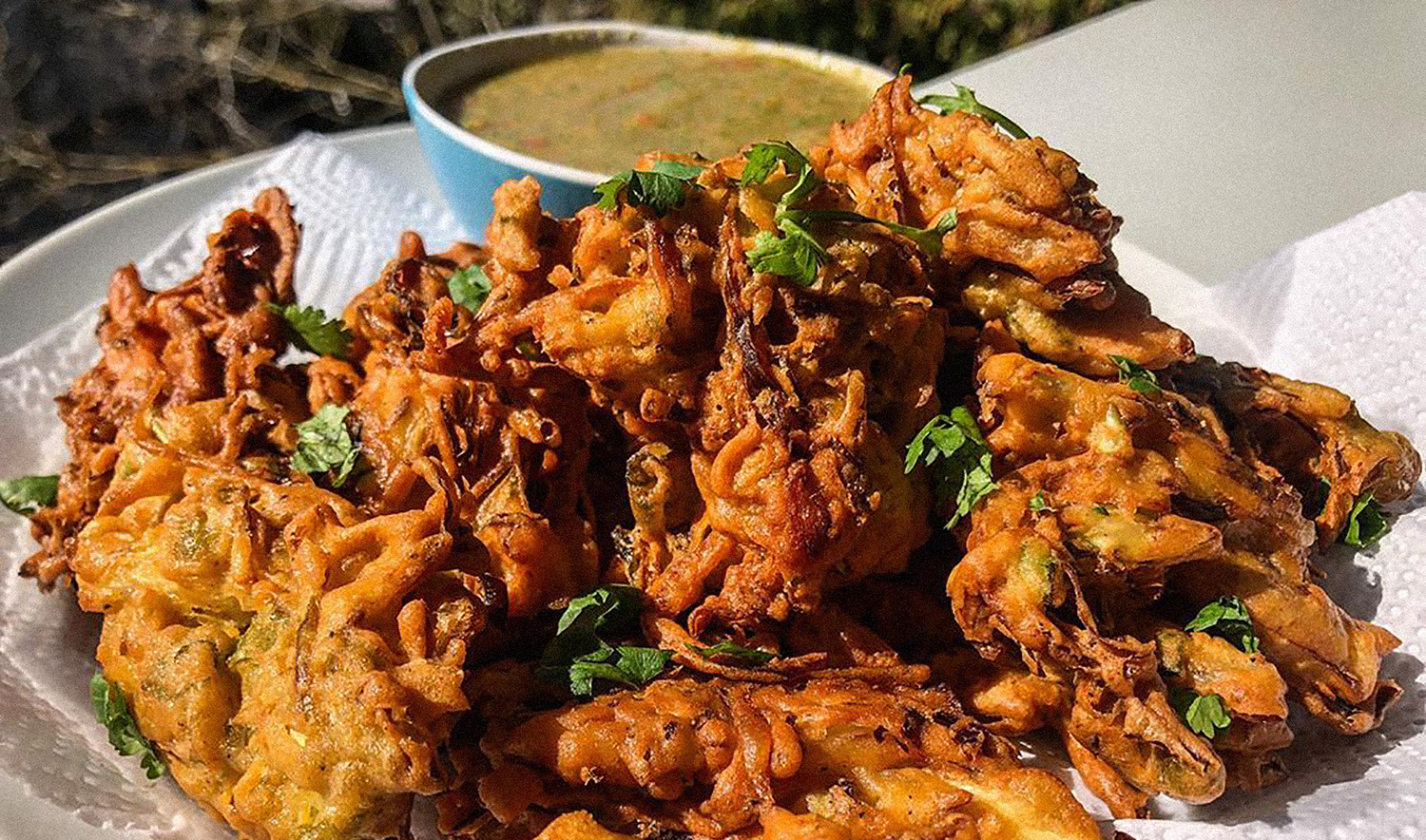 PESHAWAR:Pakora- a spicy food mostly prepares of potatoes, chickens and onions are being sold like a hot cake ahead of Iftari in Peshawar due to its delicious taste, cost-efficient varieties and energy perspectives. Like dates (Kajoor), Pakora is also the most favorite items of people during Iftar parties in provincial capital where special shops were opened at historic Qissa Khwani,  Ghanta Ghar, Firdus, Hasthnagri and others areas making a roaring business.

The delicious dish is being prepared from different ingredients such as onion, eggs, potatos, chicken and cauliflower after these things are being dipped in a Pakora made flour.

“Pakora is my most favorite item during Iftar and without it my Iftar seems incomplete,” said Riaz Khan, a retired teacher busy in shopping at historic Qissa Khwani told APP.

“Personally, I like chicken pakora because of its batter taste and energy’s perspective,” he said, adding demands of onion and potato Pakora has also increased in local markets including Hasthnagrai, Firdus, Cantonment, Board, Tehkal and Hayatabad.

These markets are flooded with Pakora, Jalebi, Dahi Bhalay and Kachalo stalls and shops where hectic buying are being witnessed when Iftar’s time becomes nearer.

Like other edible items, he said prices of Pakora has also increased this year as one kilogram is being sold at Rs 240-260 per kilogram against Rs180-220 last year that needed to be checked by the district administration. “A few Pakora and dates are enough for me as it is a complete food,” Khan said.

This popular snake of the subcontinent origin takes very less time in preparation and is being served as special Iftar meal with any chutney or ketchup to people of all social class.

It is also popular among people of both rural and urban areas and being exchanged by relatives and families as Iftar’s gifts.

“I am going to my sister home to give her two kilogram Pakora as special Iftar’s gift,” said Zeeshan, a resident of Wapda Town Nowshera.

“Exchange of food dishes among relatives increase love and warmth besides bringing people closer,” he said.

The shopkeepers said Pakora making was a profitable business as it does not require much investment. The shopkeepers said its price has been slightly increased due to hike in prices of related ingredients being used in preparation of this specie item.

On directives of Deputy Commissioner Shafiullah Khan, the district administration officials has accelerated crackdown against price hikers and hoarders besides making inspections of food shops in bazars to control prices of daily use commodities during the holy month and issued warnings to shopkeepers to avoid overcharging.