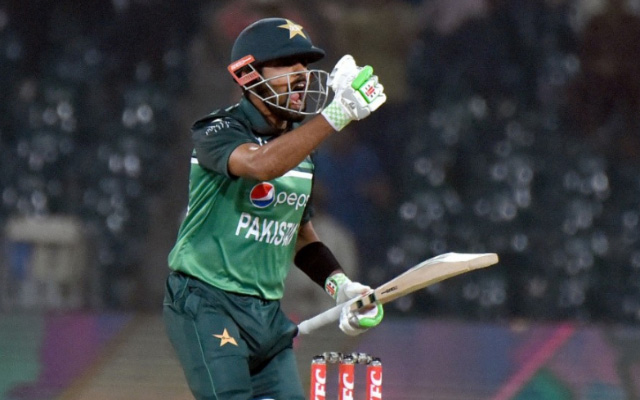 LAHORE: Australia’s visit to Pakistan had its ups and downs for the home team as they managed to win the three-match ODI series against the Aussies but lost the Test and T20I series. But skipper Babar Azam did not let his hopes down and thanked the Australian team for touring Pakistan and providing the players with an opportunity to play with one of the best teams on their home ground.

“It was a pleasure playing against one of the best cricketing sides in our homeland,” the skipper said, whose sensational century took Pakistan to an ODI series win against Australia in 20 years.

“I hope and look forward to many such tours in near future. Many positives to take from my team and my heartiest gratitude to our passionate fans. Thank you!” he added.

Meanwhile, after Pakistan lost the one-match T20I series against Australia, Babar Azam said that he will spend time with his family now that the series was over. Speaking during an online press conference, Babar said that he would get back in the game after Ramadan as he will be focusing on his family and praying during the holy month. Talking about the series, Babar said that there have been ups and downs. He said that there are good players in the middle order who will be given opportunities, adding that there is still time in the World Cup and assured that Pakistan will come up with a good combination.