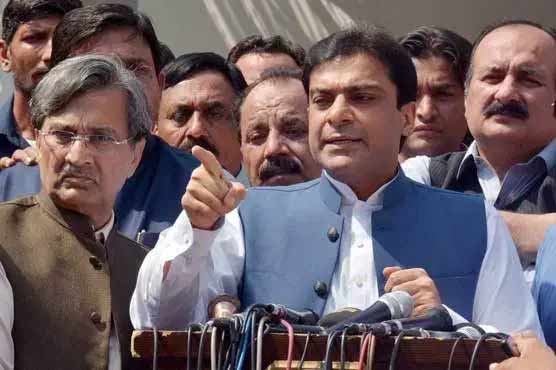 Moreover, Hamza said that the Opposition had more than 200 numbers and if Parvez Elahi has the required numbers, then why is he postponing the Punjab Assembly session over and over again.

The PML-N leader said that PM Imran Khan and his allies were violating the Constitution openly. “Their workers and leaders broke into a hotel and tried to attack our members. The Supreme Court has taken notice of the matter,” he added.

“Imran Niazi wants to destroy the system. The PML-N will adopt all legal, constitutional and political ways to counter the anti-constitutional moves of Imran Khan,” he added.

“The country will be ruled by the Constitution and we will be able to live with dignity,” he maintained.

Furthermore, On Sunday the Punjab Assembly session had been adjourned until April 6, however, on April 5 advocate general Punjab also assured the Supreme Court that the provincial assembly would conduct a session on April 6 as per the Constitution.

The notification for holding the session on April 16 was also issued after Punjab Assembly Deputy Speaker Sardar Dost Muhammad Mazari approved the order.