Senior diplomat was asked to become witness against Zardari 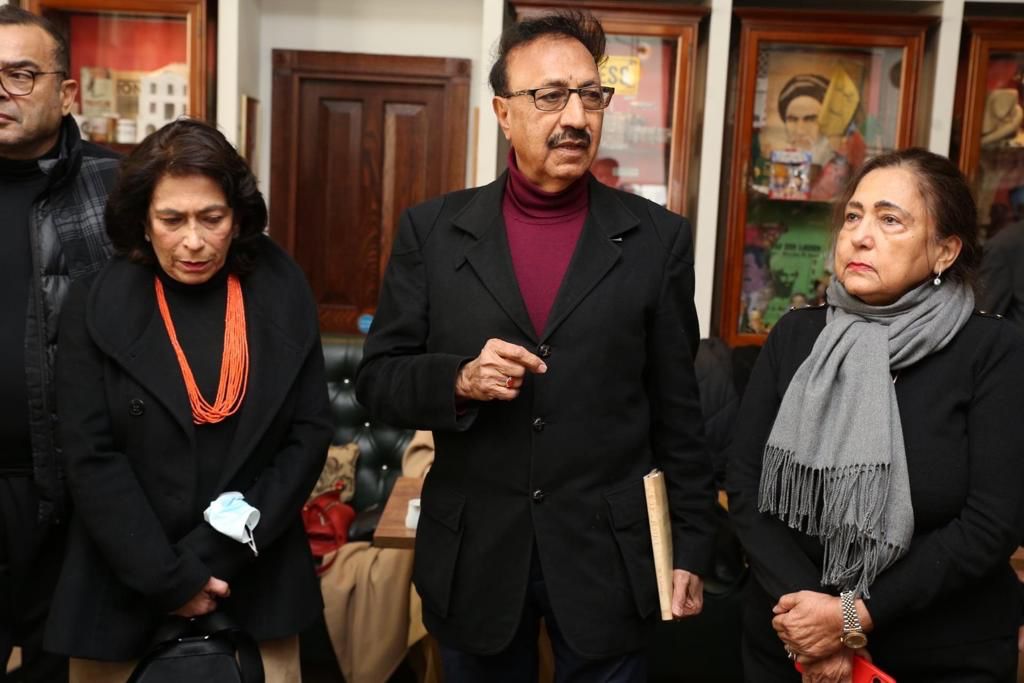 LONDON: Pakistan’s former ambassador to Iran and National Bank of Pakistan’s former President has said that he had to leave Pakistan for exile in Canada because he was put under immense pressure to become a witness against former president Asif Ali Zardari to give a false statement of corruption.

M B Abbasi – who was Pakistan’s ambassador to Iran from October 2008 to October 2010 and National Bank of Pakistan’s President from 1995-96 – was speaking here at the launch of his book titled “The Rule of Justice – An Interpretation of Governance and Social Order through the Middle East and Africa”.

Sanam Bhutto, daughter of the late Zulfikar Ali Bhutto, made a special appearance to support M B Abbasi. The launch ceremony was held at the prestigious Frontline club and attended by dignitaries from the Pakistani community including writers, politicians and activists. Most of those who attended have been affiliated with Pakistan People’s Party (PPP) for a long time.

M B Abbasi said when he decided not to become part of a witch hunt campaign against the PPP leader Asif Ali Zardari because this would haunt his conscience for life for becoming part of a vicious campaign.

The economist and author said: “I have known Asif Ali Zardari and the Bhutto family for a long time. I knew nothing about any scandal and Zardari never asked me to do anything wrong on his behalf. Yet I was asked to become an approver against him and I decided to get out so as not to help in the implication of Zaradri on bogus grounds.”

M B Abbasi’s book is a collection of essays that examine governance in the developing world, underpinned by a central premise: humanity will not prosper without Justice.

M B Abbasi has spent most of the time in Toronto, Canada, for the last 20 years where he had the chance to study the local governance model and philosophy academically at a local university and also practically.

M B Abbasi said that women in Pakistan and elsewhere must be released from the ancient inbuilt oppression of patriarchal systems. He told the audience that human societies are today facing lots of issues due to lack of justice and the inability of the rulers to provide fairness and justice to the ordinary people.

M B Abbasi shared how he ended up studying philosophy at the University of Toronto. He said: “I went to Toronto University to take admission for doctorate in economics but I ended up in the philosophy department and I studied philosophy as a special student. I realised almost all ethical and moral application of life begins from Greek Philosophy, and most famous are Plato, Secrete, and Aristotle. Almost in all dialects of philosophy, the main issue remains Justice knowledge.”

M B Abbasi said that it is under the pressure from advancing western countries that human dignity is being improved globally. “The most important thing is to liberate citizens from the suffocation that reduces more than 50% of the planet to an existence below the poverty line.

Most of Muslim countries are facing political dissent – both internal and external – and this has resulted into uncertainty and turmoil, he said.

The answer to this, he added, lies only in the rule of justice. “The first and foremost step must be to reform the electoral system in these places. Dictators, whether civilian or military, have no place in modern history. Justice will not trickle down when the ruler is imposed with military support. No matter what reforms may be undertaken by the dictator, the impact will have no significance to the society.”